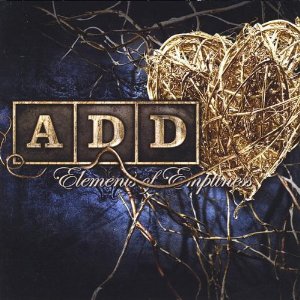 When you see the producer Tadpole´s name on an album, you´re almost guaranteed a quality rock album because his involvement with Disturbed, American Motherload and Inept are nothing but good stuff.
Our editor in chief reviewed this band´s first EP from 2003 but wasn´t too impressed by their classic numetal sound, Par compared them to Evanescence and Adema but the only thing I see similar to Amy Lee´s Evanescence is that A.D.D is also a female fronted rock band but this Chicago based band are definitely more metal than the million selling Wind-up artists.
A.D.D´s new 7 track EP "Elements of Emptiness" is a mega fat numetal album with a wall of guitars, a safe buy if you´re a fan of female fronted numetal like Lennon, Alone and Wicked Wisdom.
I wonder if Margaret Young of A.D.D. comes from the same neighborhood as Rinat of the Chicago based acts Alone/Sphera?! They sure do sound like sisters to me.