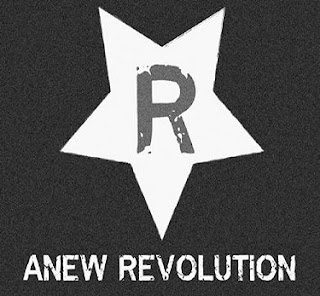 This band may be of interest of all fans of the now defunct bands Unloco and Slaves on Dope because Anew Revolution are Frank Salvaggio-Bass, Rob Urbani-Drums (both formerly of Slaves on Dope) and Joey Duenas-Vocals/Guitar (Unloco) plus guitarist Shaun Stockton. This 5 track EP is the result of the new seed they are trying to distribute to the world by themselves without a major label, these songs are more melodic and can be described as tougher modern rock compared to their previous bands that were more numetal.
Imagine a mix between Breaking Point and Soundevice and we´re pretty close to the sound of ANR, they rock hard on "Cave in","Rise" and "Pieces" while they cool down in the best Cold-like song "Let go" and "Saddest song".
They have a track not featured on this EP called "True faith" available for download at their myspace site so head on over there before they take it away. Good EP!