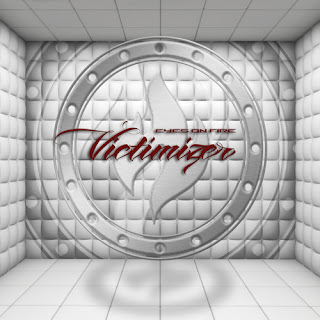 Can´t wait to set your teeth into a slice of modern metal? Then you´d better head this way and take a bite of Indianapolis based Eyes on Fire´s new album "Victimizer", it´s really heavy but still with a crispy sound. Without doubt a great production but 15 songs could´ve been reduced to at least 12 I think, there are some great songs on the album like "In the end", "Into the abyss" and "Enemy" but also a few fillers. A solid album anyhow for fans of Trivium, Bullet for my valentine and Avenged Sevenfold. Also available on Amazon : Anger to ashes EP from 2009.