Kiss - Hot in the shade 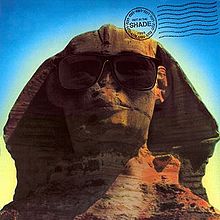 Kiss - Hot in the shade (1989) Mercury Records
Produced by Paul Stanley / Gene Simmons
HARD ROCK
Tracks : 1.Rise to it 2.Betrayed 3.Hide your heart 4.Prisoner of love 5.Read my body 6.Love´s a slap in your face 7.Forever 8.Silver spoon 9.Cadillac dreams 10.King of hearts 11.The street giveth and the street taketh away 12.You love me to hate you 13.Somewhere between heaven and hell 14.Little Caesar 15.Boomerang
www.kissonline.com
2 out of 5

Hot in the shade is one of the weakest albums from Kiss, the band compromised too much and even used some of the pre-album demos on the final product. Eric and Bruce were very unhappy with the album, some of the songs Bruce wrote were changed in a way that made their lead guitarplayer quite uncomfortable and Eric wasn´t too pleased that Gene used a drum machine on some of his songs. There was no outside producer telling Paul and Gene that 15 songs should be reduced at least 11, this was pretty much their attempt of getting back to the rocknroll sound but without the great songs. Sure it was closer to their roots but there was something missing in the album, variety I say plus the production was awful!
Gene always wrote 100 songs for each album and none were really good, Paul wrote 5-6 songs and used them all but they were always great. This time he managed to come up with their first Top 10 hit in many years with "Forever" that co-written with Michael Bolton. Another fine song is "Hide your heart" that was co-written with Holly Knight and Desmond Child, Gene´s best track is "Betrayed" which was co-written with Tommy Thayer of Black and Blue. "Silver spoon" was Kiss trying to do a Bon Jovi singalong chorus but the song was only annoying. Nah, you can skip this album.