Revolution Harmony - We are 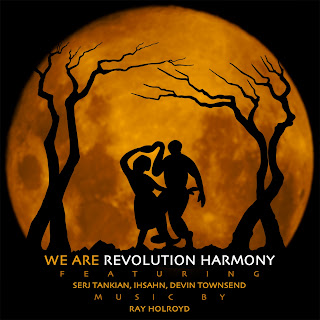 Now talk about a musical awakening, Ray Holroyd´s Revolution Harmony has gathered a mighty impressive line up of musicians such as Devin Townsend - Guitarsolo, Serj Tankian - Vocals and Ihsahn - Vocals, on the new single "We are". This song also features Abbie Johnson - Vocals and Stefan Loh - Guitars plus programming by Ray Holroyd. I guess there will be more music further on since the website says it´s an ongoing series of all star charity singles and that is great news because this song rule. What a lovely alternative progmetal song it is, both mysterious and unpredictable. "We are" sounds like a mix between Alpha Galates, System of a down and A Perfect Circle. Very cool. The song is also dedicated to Nelson Mandela and released on Mandela Day (July 18th), ok then - play it loud!
Upplagd av RothNRoll kl. 10:37 PM