Weaver At The Loom - Before now, was then 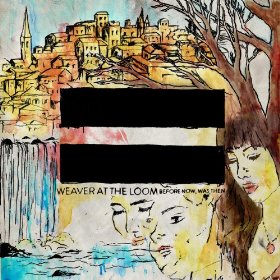 There was a time when I thought Coldplay was an interesting band before they got too mainstream and worried more about having hit singles instead of writing atmospheric and adventurous pop songs, Minneapolis based Daniel Smith and his Weaver At The Loom makes music in that specific state of mind when you think of a musically exploring Coldplay. In fact, Weaver At The Loom beat Coldplay at their homefield in tracks like "We´re wild animals" and "Simple rules". Daniel Smith debuted with "I was searching and I found" in 2007 and followed up with this 2011 album "Before now, was then" which was listed among AbsolutePunk.net´s top albums that year. Also available is the 2012 "White nights" EP, just close your eyes and dream away to some enchanting music even it´s a couple of years old. For fans of Embrace, Early States, Seabird.
Upplagd av RothNRoll kl. 7:50 PM