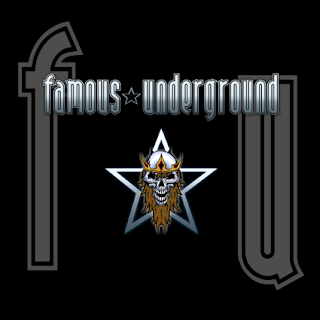 If you like a mix of 80´s hard rock and 90´s metal, then the Canadian band Famous Underground´s debut album might be your cup of tea. The band feature former Slik Toxic frontman Nicholas Walsh and they rock hard, no holding back here regarding the riffs or the powerful sound. There are a few less interesting songs but the major part of the album feels rather good, definitely for fans of Skid Row, Lynch Mob and Sister Sin. The rock ballad "Forever and a day" sounds like it was made for MTV back in 1989 while the crunchy rocker "Dead weight" should be perfect on Skid Row´s "Slave to the grind" album. Good stuff.
Upplagd av RothNRoll kl. 4:43 PM