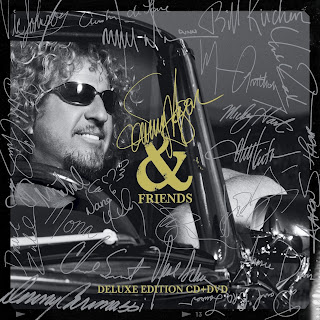 Sammy Hagar and Friends (2013)
Redrocker Sammy Hagar is celebrating 4 decades of rock with a tour and a new solo album called "Sammy Hagar and Friends", his first since 2008 and this time he has gathered some of the musicians he played with in the past along with some other really cool guest artists. Sammy wanted to use songs from his time in Van Halen but Eddie Van Halen wouldn´t let him so the new album resulted in 10 new songs and a couple of covers of Bob Seger and Depeche Mode.
I think the line up of musicians is far more impressive than the song material, Sammy is joined by members of Montrose, H.S.A.S, Chickenfoot and his band The Waboritas. The music styles vary from blues to southern rock and country to tropicopop, the gospel version of "Personal Jesus" is quite different to the original by Depeche, cool.
The best track is the Led Zep-esque rocker "Father sun", the album would´ve been a lot better if the rest had the same quality. A so-so album from a great artist.
www.redrocker.com
2 out of 5 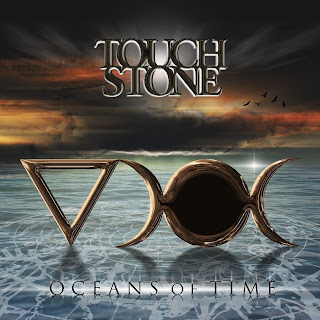 Touchstone - Oceans of time (2013)
The British progrock band Touchstone debuted with "Discordant dreams" in 2007 and four albums later we have the new release of "Oceans of time" in early October. Produced by John Mitchell (Funeral For A Friend) and with a more guitaroriented sound according to the band. I wasn´t too thrilled about the new album at first but these songs certainly grows for each listen, you will find depth in their music in the same way as Mike Oldfield´s early albums but with a modern approach like Fates Warning meets Dream Aria.
Highlights : Flux, Tabula Rasa, Oceans of time
www.touchstonemusic.co.uk
3 out of 5 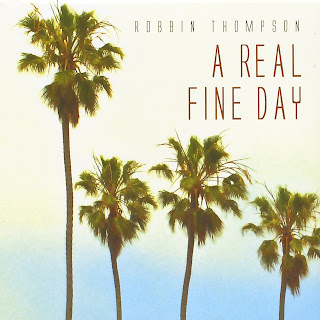 Robbin Thompson - A real fine day (2013)
If you don´t know who Robbin Thompson is, I can tell you that he was the lead singer in Bruce Springsteen´s band Steel Mill and released his first solo album in 1976. Now he´s back with the brand new album "A real fine day" which is his first in 6 years, the album includes 8 new songs plus 2 covers of The Beatles "The word" from their Rubber Soul album and the classic "I heard it through the grapevine". Robbin sings like a hero with lots of soul and emotion, it´s a joy to hear him sing on songs like "All along the river James" that bring thoughts to Procol Harum and the bluesy "Heaven´s gonna call you up". I just love his California pop version of Lennon and McCartney´s "The word", not to mention the Eagles-esque "Ain´t love crazy like that" which would make Don Henley real proud to have his name in the songwriting credits.
A real warm album that will make any day, a real fine day.
www.robbinthompson.com
3,5 out of 5
Upplagd av RothNRoll kl. 10:31 PM