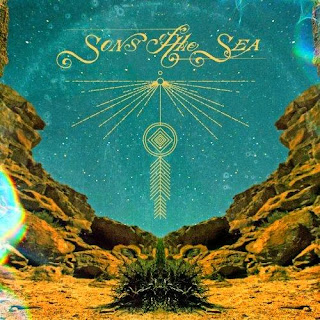 Sons of the sea - Sons of the sea (2013) AVOW Records
Produced by Brendan O´Brien
PROGRESSIVE POP / ALTERNATIVE ROCK
Tracks : 1.Jet black crow 2.Space and time 3.Untethered 4.Plus Minus 5.Great escape 6.Come together 7.Where all the songs come from 8.Avalanche 9.Lady black 10.Hey, that´s no way to say goodbye
www.facebook.com/brandonboydofficial
5 out of 5

The new band from Incubus singer Brandon Boyd is nothing more than a masterpiece, he worked with Brendan O´Brien who produced, played guitars and keyboards on the album and on drums we find Josh Freese. Sons of the sea´s debut album is artsy, progressive, superclassy and hi-tech. It´s like we get the alternative rock of Dredg mixed with the smart pop of The Dissociatives and the genius feel for melodies like Prince.
Like a rocket, this album went straight to the top of my best of album list of 2013. Brandon has never sang this good before or perhaps he has, it´s just the heavenly melodies that feels overwhelming. I´m stunned!
For fans of the albums RoyWorld-Man in the machine, Everything Everything-Man alive, The Producers-Made in Basing Street.
Upplagd av RothNRoll kl. 5:26 AM