The Perpetrators - Stick ´em up 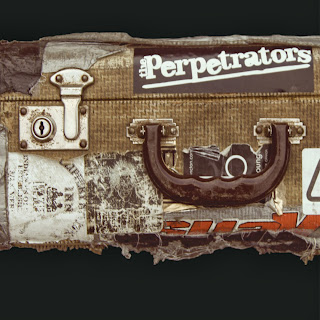 The Perpetrators - Stick ´em up (2013) Independent
Produced by The Perpetrators
BLUES / ROCK
Tracks : 1.Sweetgrass 2.Spend more money 3.You´ve got to tell me 4.Smokes ´n chicken 5.Tired of tryin to keep my cool 6.I must be crazy 7.Who´s it gonna be 8.Shake it 9.Bad man 10.Take you on
www.theperps.ca
3 out of 5

The Canadian band The Perpetrators is led by singer/guitarist Jay Nowicki and their albums has been nominated several times as the best blues recording in Canada.
Their 4th album "Stick ´em up" is the follow up to the 2007 album "Tow tuck" and what we get is a cool mix of Memphis blues and dirty rocknroll, think Jeff Healey meets Rockpile with a touch of Stevie Ray Vaughan and you´ll get The Perpetrators.
This ain´t the kind of music I normally listen to but Jay is a great guitarplayer and their blues feels very honest, I also like the band´s energy a lot. I bet they´re an awesome live act, just listen to songs like "Smokes ´n chicken" or "Sweetgrass" and you´ll know what I mean.
The glowing riffs in "I must be crazy" bring thoughts to early Led Zeppelin while "Tired of tryin to keep my cool" should make ZZ Top real proud, thumbs up!