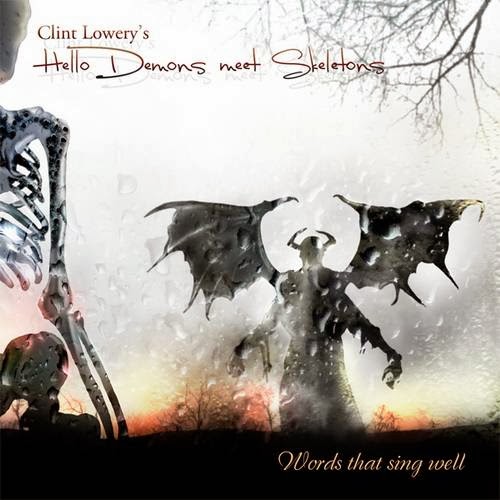 Clint Lowery released 2 EP´s at the same time in the summer of 2011, "Words that sing well" and "Uncomfortable silence". While the latter one only featured acoustic guitars and vocals, the songs on the 5 track EP "Words that sing well" are performed with electric guitar, bass and drums but they are still soft and quite melancholic.
It takes a few spins to get into the music on this EP but after a while I get to like the atmospheric sound on songs like "December" and "Summertime".
I think it was a smart move to release two seperate EP´s because together as one complete album, 9 songs in the same slow tempo would´ve been too much.
Clint recently released a 4th EP titled "Choices" if you´re interested in hearing more with Hello Demons Meet Skeletons.
Upplagd av RothNRoll kl. 8:11 AM