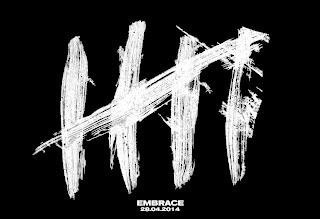 Embrace return in 2014, releasing their first album in eight years with their self-titled new album ‘Embrace’ released on 28th April through Cooking Vinyl.
With three #1 albums, six top ten singles, sold out arena shows and well over a million album sales behind them, Embrace were on the crest of a wave when they suddenly vanished without a trace. But now they are back with a fantastic new album conveying a rawer, darker sound whilst still keeping their signature anthems and huge choruses. Embrace are set to return with a bang. A big bang.
The first release from the band's new album will be the single 'Refugees' which will be released as part of a 4-track EP on 17th February, giving fans a taster of what lies ahead with three brand new songs not featured on the new album. The tracklisting for the EP is as follows:
1. Refugees
2. Chameleon
3. Decades
4. Bullets
Watch the Refugees video at:
http://www.embrace.co.uk/
Upplagd av RothNRoll kl. 5:14 AM