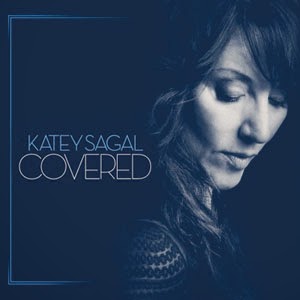 Katey Sagal - Covered (2014) Membran Music
Produced by Bob Thiele Jr
ROCK / COUNTRY / BLUES
Tracks : 1.Free fallin´ 2.Goodbye 3.I love you but I don´t know what to say 4.Follow the river 5.Gonna take a miracle 6.Orphan girl 7.For free 8.Secret heart 9.Roses and cigarettes 10.For a dancer
www.kateysagal.net
3 out of 5

Katey Sagal is not only a great actress, widely known for her roles in Sons of Anarchy and Married with Children as Peggy Bundy. She is also a wonderful singer with 3 albums released, the debut "Well" in 1994 that was followed by "Room" in 2004 and now the brand new album "Covered".
Katey has also been a back-up singer for Bob Dylan and Bette Midler, which is understandable when you hear her sing. Her 3rd album is the first to contain covers of some of her favorite artists like Tom Petty, Ryan Adams, Joni Mitchell, Steve Earle, Ron Sexsmith and many more. One of the highlights is "Goodbye" where she is joined by Jackson Browne in a lovely duet, but Katey´s version of "Free fallin´" is even better than Tom Petty´s original song. "Covered" is a nice album that feels rather comfy but it gets a little too laid back sometimes.
But what a great voice!
Upplagd av RothNRoll kl. 9:06 AM