Knowing2Fly - Here on my feet 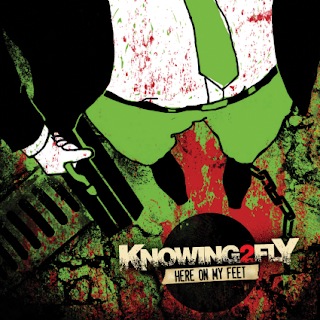 The Italian band Knowing2Fly debuted with a self titled EP in 2009 and in February this year, their debut full length will be released. It´s a 13 track affair of rock/metal/punk in the same vein as Danzig, D.A.D, Henry Rollins Band even a touch of French rock band Trust.
I´m not entirely impressed by the whole album but there are a few good songs on it such as "Hidden by you", "Soothin´ myself" and "Unhitch".
I like their energy but I´m not a big fan of their singer Alessandro Crippa, his voice gets a bit annoying after a while. Perhaps they should get another frontman?
Thumbs up though for the variation in the music, it´s much appreciated.
Upplagd av RothNRoll kl. 11:14 AM