Maria Solheim - In the deep 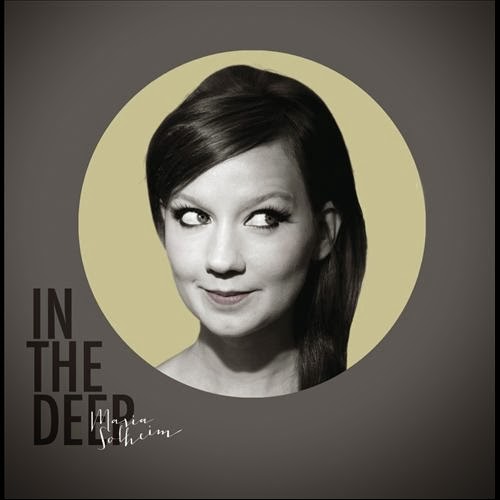 Maria Solheim - In the deep (2014) Membran Music
Produced by Nick Terry
ALTERNATIVE POP
Tracks : 1.Sally song 2.Run away 3.When Grace left town 4.Home is where the heart is 5.Song of forgotten songs 6.The break up 7.In the deep 8.Can I see you again 9.Dance with me 10.Be well 11.The hill
www.mariasolheim.de
3,5 out of 5

Maria Solheim is a musical flower from Norway, she goes out in bloom on her 3rd album "In the deep" that takes the listener through a journey of songs in the singer/songwriter style, indie rock and pop.
Maria has an irresistable voice that works for the best in acoustic songs like "The break up", "Can I see you again" and "Sally song". I can´t stop to think of Nina Persson and A Camp which is meant as a huge compliment to Maria, but we also get Patti Smith-like rock in "Song of forgotten songs" that I dig a lot.
The highlight however is the upbeat "Run away", we´re talking Britpop-euphoria here. Great song.
The catchy "Dance with me" should be released as a single, this one gets stuck like superglue in the head.
Me like!
Upplagd av RothNRoll kl. 9:06 AM