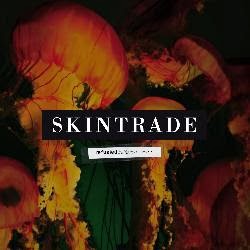 Skintrade - Refueled (2014) AOR Heaven
Produced by Oscar Ammer / Skintrade
ROCK / METAL
Tracks : 1.Monster 2.Liar 3.Pay in blood 4.Hardcore MF heartattack 5.Close my eyes 6.Getting away with murder 7.Mountain 8.Been to the bottom 9.Worse than wasted 10.Dying in your arms 11.Wild one 12.Look me in the eye
www.facebook.com/skintradesweden
3,5 out of 5

Who would´ve expected the return of Swedish hardrock band Skintrade? two decades after their last studio album "Roach powder" in 1995. But here they are with the brand new album "Refueled" and they do sound refueled to me because they rock!
I was a big fan of their self titled debut album from 1993 with the killer single "One by one" and has always loved Matti Alfonzetti´s voice, so it´s with open arms I welcome these boys back into rocknroll business.
I was a bit disappointed with Alfonzetti´s last solo album "Here comes the night" from 2011 but on "Refueled", he has the right songs to put his amazing and powerful voice on. The first single "Monster" sets the standard and the album continues in the same fine tradition of modern hardrock, another highlight is the tasty riffrocker "Mountain". I´ve been listening to this album a lot lately and I can´t see how I´m gonna get tired of their glowing rock. Next single? The melodic "Dying in your arms" maybe, I would go for it.
Upplagd av RothNRoll kl. 7:47 PM