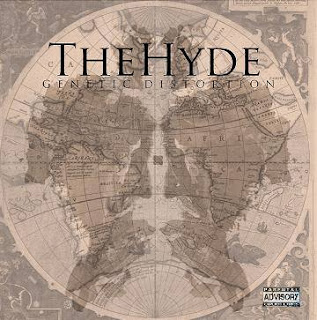 It´s not often you get to hear about a band in the numetal genre from Italy but The Hyde from Turin, gives the listener a huge dose of 90´s numetal mixed with industrial rock. They´re heavily influenced by Deftones and KoRn but I would also like to add traces of German progmetal band Superior plus a touch of Janes Addiction in their sound.
The Hyde released their debut EP "Evolutionary trash" in 2012 and late last year, their first full length album "Genetic distortion" was unleashed. At first, I thought this album didn´t move me that much but the music grows and now I really like it a lot.
They deliver suggestive rhythms, sci-fi metal and atmospheric electronica which is a joy in the headphones. Great work lads!