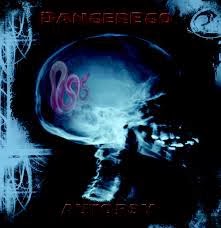 There was a time between when grunge was going away and before modern rock conquered the charts in the late 90´s, when rockmusic had a bit of postgrunge and alternative hard rock in it´s veins. That´s where Italian rockers DangerEgo are stuck soundwise, their biggest concern ain´t writing hit choruses but instead playing honest rocknroll.
Their debut album "Autopsy" was originally released in 2011 but they have signed with Atomic Stuff Records for a re-release and you should seriously check out this band because they rock.
It was track 3 "This madlove" that caught my attention because DangerEgo sounded almost like a carbon copy of 90´s rockband Crossroad Jam, this self produced album sounds crispy and nice so if you´re a fan of bands like Operator, Red Halo and Audioslave - this Autopsy will only do you good.
Upplagd av RothNRoll kl. 3:36 PM