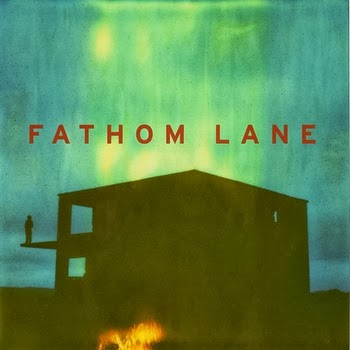 I wasn´t much of a fan of Fathom Lane´s first album "Down by half" from 2012, a dark and melancholic folk rock affair that didn´t move me at all.
But they sound like a completely different band on their self titled new album, I wonder if bandleader Michael Ferrier went to the Pink Floydian institute of space rock where the teachers are Brian Eno of Roxy Music and Donald Fagen of Steely Dan.
Ferrier graduated in the class of how to fuse 70´s California pop with psychedelic rock, their beautiful cover of Lou Reed´s "Perfect day" truly speaks for the entire album.
But let´s not forget Ferrier´s own compositions like the jazzy "Lazy", the odd "Ache me" or the charming "Dream her name". They´re all pieces to make a perfect day so do yourself a favor and purchase Fathom Lane´s new album.
Upplagd av RothNRoll kl. 9:48 AM