For Today - Fight the silence 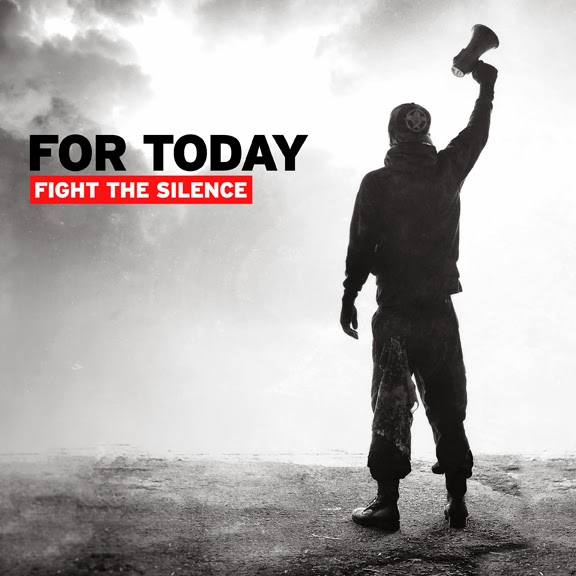 For Today - Fight the silence (2014) Razor and Tie Records
Produced by Will Putney
METAL
Tracks : 1.Molotov 2.Fight the silence 3.Pariah 4.Reflections 5.Break the cycle 6.A call to arms 7.For the fallen 8.Fatherless 9.Dead to rights 10.One voice 11.Resonate 12.Hated by the world
www.fortodayband.com
3,5 out of 5

If I was a bit disappointed with For Today´s previous "Prevailer" EP, it´s the other way around with their 5th studio album "Fight the silence". The new album is even stronger than their 2012 effort "Immortal", the sound is mighty and the statement is powerful with lines like "Death is only the beginning" and "You can´t kill me, I´m already dead".
For Today has already made a name for themselves in Christian metal but with "Fight the silence", they are building an important foundation of the metalcore genre in general.
"Break the cycle" must be one of their best songs so far, the chorus is an unstoppable colossus.
There are more melodic songs on this album too but without selling out, so fans should not worry.
Producer Will Putney is perfect for the job and they make a great team, let´s hope they continue making albums together in the future.
Upplagd av RothNRoll kl. 10:19 AM