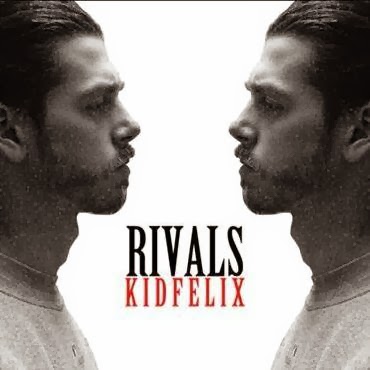 Did anyone tell Philly rockers Kid Felix that we´re in 2014 now? It sounds like they´re stuck in the late 90´s with their blend of grunge and modern rock, somewhere between Candlebox, Foo Fighters and The Juliana Theory so to speak.
But good music is good music no matter what, and Kid Felix´s 3rd EP titled "Rivals" contains 5 good songs that were spinning over and over again last night at my late night shift.
This band has a dynamic sound where they go from holding back the energy to releasing it full force, their singer Jake Falana is really good and he truly shines in songs like "Counting sheep" and "I am the river".
Me likey!
Upplagd av RothNRoll kl. 9:11 AM