Kill Ritual - The Eyes of Medusa 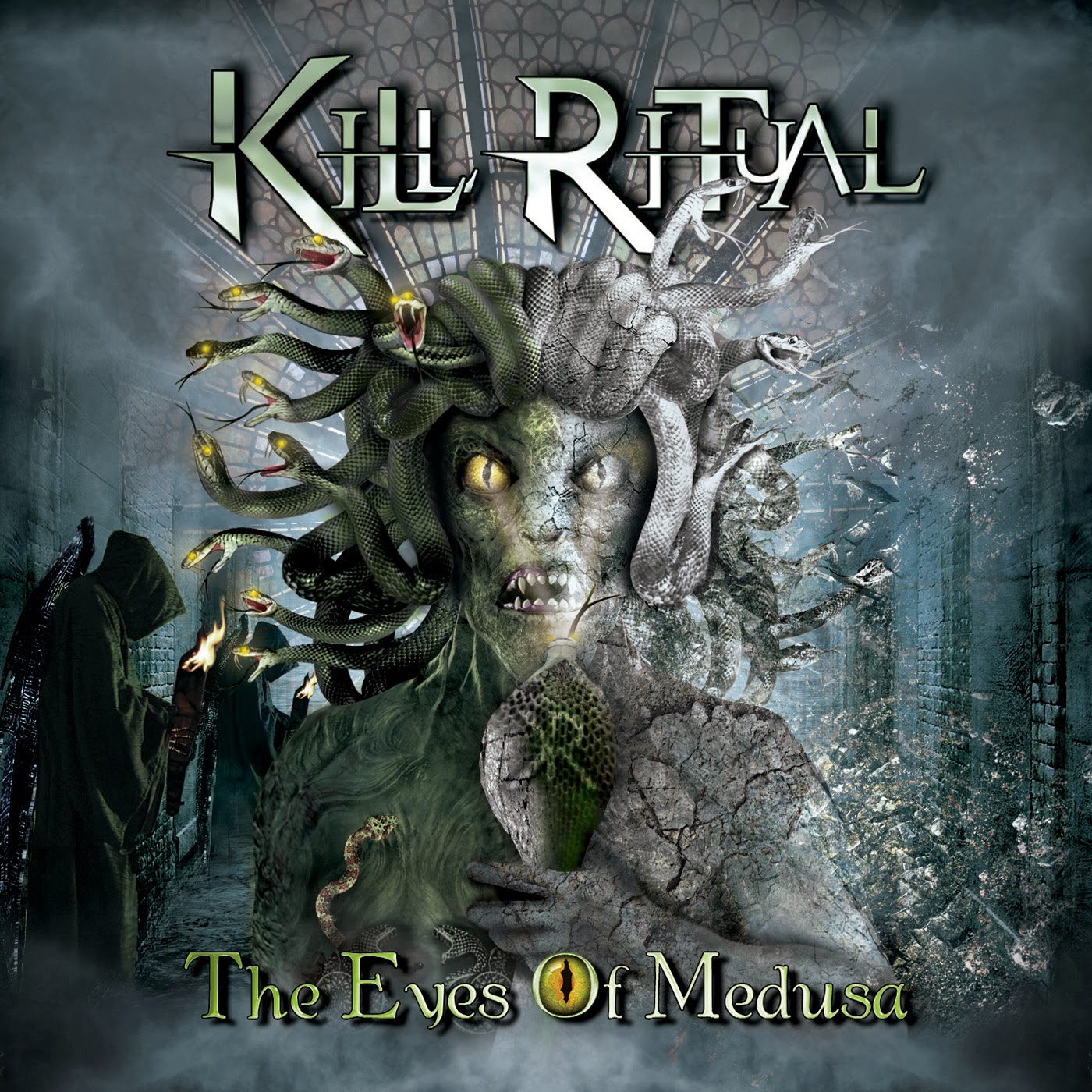 Kill Ritual - The Eyes of Medusa (2014) Golden Core Records
Produced by Steven Rice
HEAVY METAL
Tracks : 1.The eyes of Medusa 2.Hair trigger 3.Never get me 4.Ride into the night 5.Weight of the world 6.Writing on the wall 7.Just another sin 8.My little sister 9.Unleashed 10.Agenda 21
www.killritual.com
4 out of 5

Although I really enjoyed thrashers Kill Ritual´s debut album "The serpentine ritual" from 2012, I must say their follow up "The eyes of Medusa" is even better. This ain´t your average heavy metal album with a load of headbanging songs, there´s thought behind the songstructures and the riffs are mindblowing.
The music isn´t complex in any way but it feels intelligent, this band has truly grown as songwriters if you ask me. The sound on their new album bring thoughts to 80´s metal like Armored Saint and Warrior but also German metallers Rage, there´s only one way to listen to "The eyes of Medusa" and it´s LOUD!
Way to go.
Upplagd av RothNRoll kl. 5:46 AM