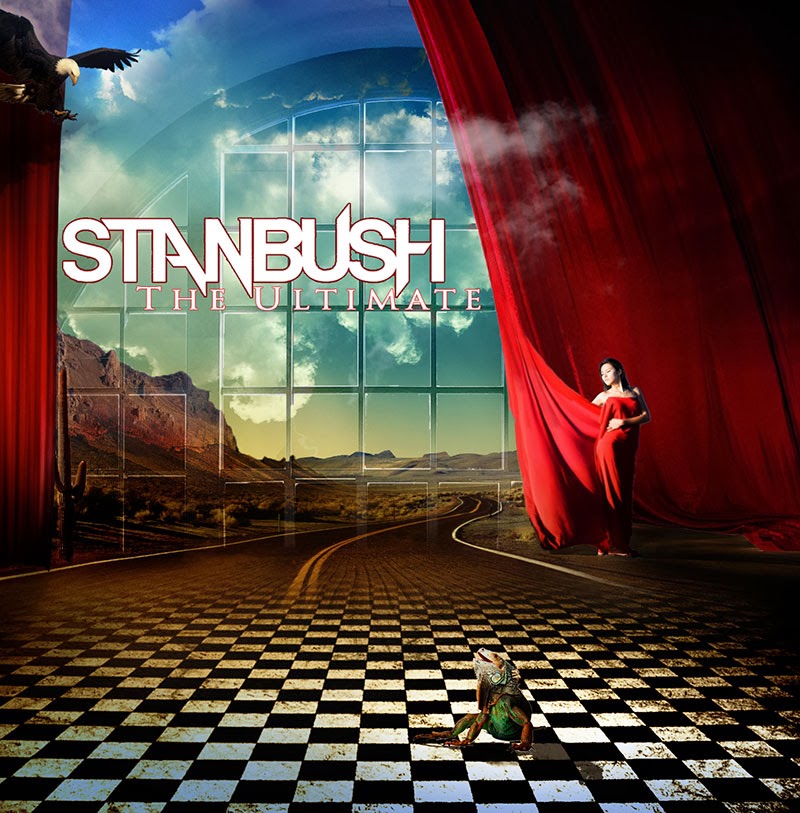 Stan Bush - The Ultimate (2014) MelodicRock Records
Produced by Stan Bush / Lenny Macaluso
AOR
Tracks : 1.Something to believe 2.The ultimate 3.Heat of the battle 4.Love again 5.Stand in the fire 6.Unstoppable 7.Thunder in your heart 8.The journey 9.Memory of you 10.If I´m not lovin´ you 11.The touch (power mix)
http://www.melodicrock.com/showcase/stanbush-theultimate.html
3 out of 5

The title of melodic rock icon Stan Bush´s 12th album "The Ultimate" sounds like it´s a Best of but it´s not, Stan deliver a set of brand new songs in the classic Stan Bush & Barrage style but unfortunately with a weaker production.
I´m glad to hear Stan capturing the soundtrack AOR spirit of the 80´s with songs like "Something to believe", "The ultimate" and "Heat of the battle". The ballad "Love again" bring thoughts to John Waite which puts a big smile on my face, it´s really neat to hear Stan reinventing the AOR smash "Thunder in your heart" here. You might remember that it was originally recorded by John Farnham for the Rad soundtrack from 1985.
Once again, we get yet another version of the Transformers killer song "The touch". But this time around, it´s a remix and pretty cool one too.
But I get the feeling, Stan should let this song rest now.
A good album that could´ve been a lot better with a stronger production.
Upplagd av RothNRoll kl. 12:00 PM