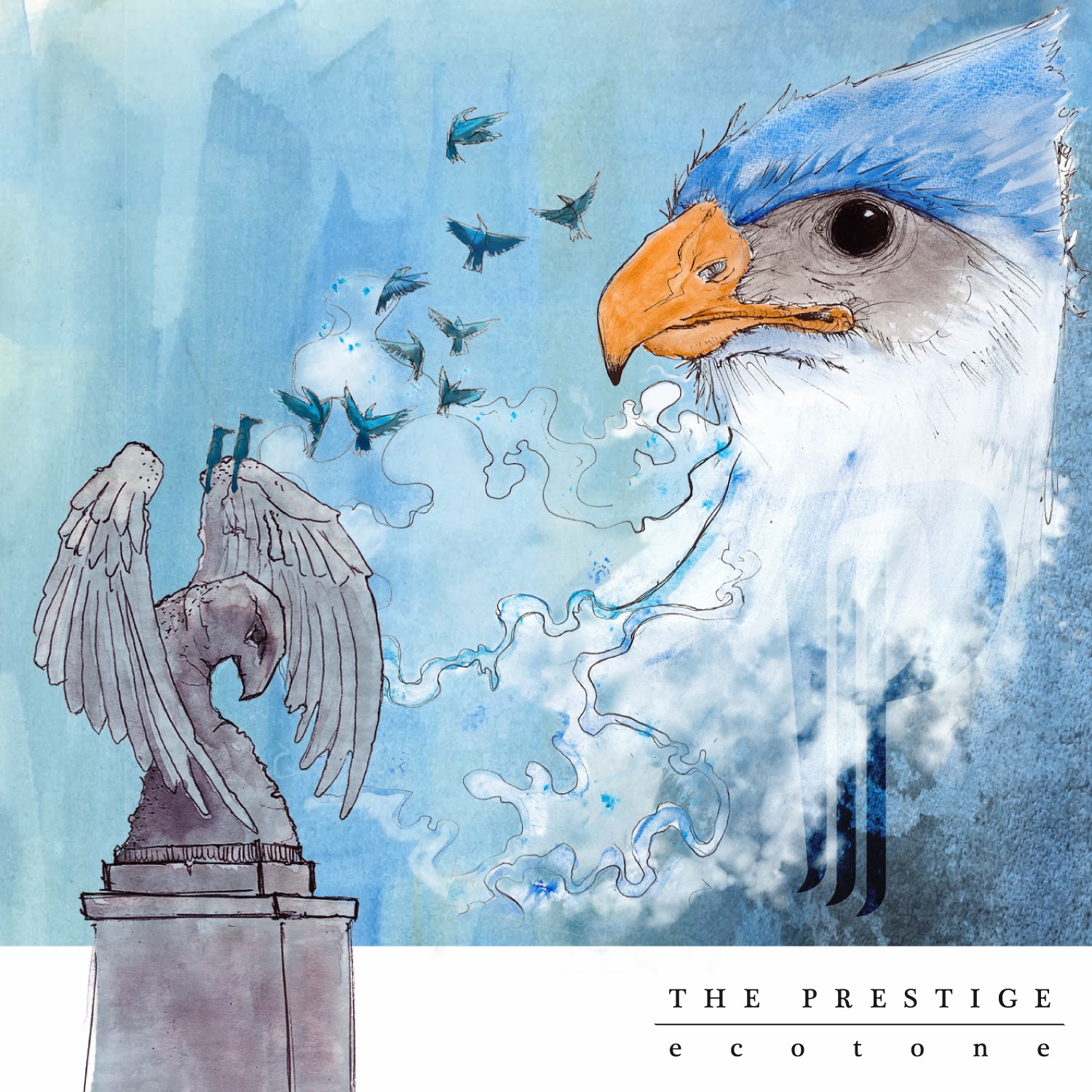 The Prestige - Ecotone (2014) Mediaskare Records
Produced by Antoine Lussier
METAL / HARDCORE
Tracks : 1.Memento 2.Breach the walls 3.World at my feet 4.The quiet war 5.Ghost of our lives 6.Onwards 7.Can´t you hear the hungry wolves 8.Dismantle 9.Trinity 10.The diamonds 11.Freefall 12.Constellations
www.facebook.com/theprestigemtl
3,5 out of 5

No limitations must be this band´s motto when they write music, Quebec based The Prestige can be as heavy as a death metal band if they want to be but also very catchy with a contemporary sound. They´re standing with one foot in the post hardcore genre while the other takes a firm step in the melodic death metal scene of Gothenburg, a cool thing about their new album "Ecotone" are the singalong choruses in the best 30 Seconds To Mars style.
The riffs will cut through asphalt like a machete through the rainforest, except for the electronic oriented "The diamonds" where the band shows yet again that there are no limitations for how far they can go.
If you´re a fan of modern pop metal like Dead By April and think this album sounds like a tasty bit, don´t bother because The Prestige are way more aggressive and will make DBA look like Backstreet Boys.
Upplagd av RothNRoll kl. 5:44 PM