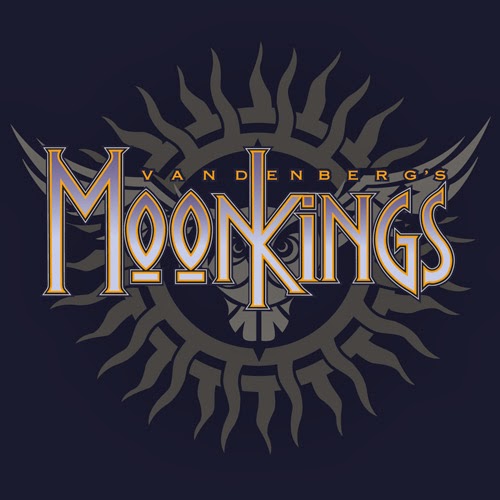 Vandenberg´s MoonKings - S/T (2014) Mascot Records
Produced by Adrian Vandenberg
CLASSIC ROCK
Tracks : 1.Lust and lies 2.Close to you 3.Good thing 4.Breathing 5.Steal away 6.Line of fire 7.Out of reach 8.Feel it 9.Leave this town 10.One step behind 11.Leeches 12.Nothing touches 13.Sailing ships (feat. David Coverdale)
www.moonkingsband.com
4 out of 5

I guess most fans thought Adrian Vandenberg had retired from music for good but some started hoping in 2011 when Adrian was asked to write a stadium rock song for his hometown´s football club, FC Twente. He wrote the song "A number one" but needed a band to perform the song in front of 60,000 which would become the birth of his new band MoonKings, their debut album is actually the first release from Vandenberg since the "Restless heart" album with David Coverdale in 1998.
Soundwise, the MoonKings album is a bit different compared to both his time in Whitesnake and the Vandenberg albums between 1982-1985.
This time around, Adrian focus on 70´s rock with inspiration from bands like Free and Led Zeppelin but with a modern sound. If you add a touch of Aussie rock a la Jimmy Barnes into the mix, you´ll get MoonKings. I just love the vocal performance from Jan Hoving who is a really great rocknroll singer and perfect for this type of music.
I couldn´t ask for a better return from Vandenberg, songs like "Breathing", "Good thing", "Out of reach" and "Feel it" have their special place in rocknroll history.
As a bonus, we get a beautiful rendition of "Sailing ships" featuring David Coverdale but it´s Jan Hoving who steals the show here.
Upplagd av RothNRoll kl. 9:00 AM