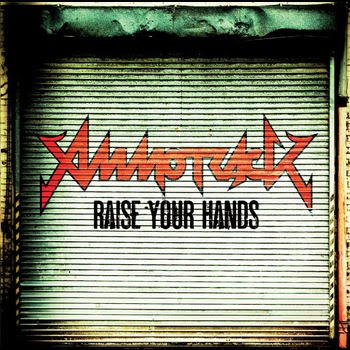 Ammotrack - Raise your hands (2014) Gain Music
Produced by Ammotrack
HARD ROCK
Tracks : 1.Raise your hands 2.Living like an angel 3.A bigger bang 4.Back on track 5.My sweet insane 6.Hitman 7.Let your dream decide 8.Pain of the game 9.S.H.O.U.T 10.Life is calling 11.Come die with me me 12.Scream for your mother
www.ammotrack.se
3,5 out of 5

The price tag for Swedish hard rock band Ammotrack just went up after their appearance at the Swedish qualification for the Eurovision song contest, the band performed their new single "Raise your hands" and truly gained a few more fans with their traditional hard rock.
So it´s really smart to release a new album with a selection of songs from their 2 previous albums "Ammotrack" (2008) and "Come die with us" (2011), it´s time you get acquainted with this great band because they rock.
This album´s for you if you´re a fan of Ratt, Skid Row or Kiss.
Highlights : Raise your hands, Let your dream decide, Life is calling