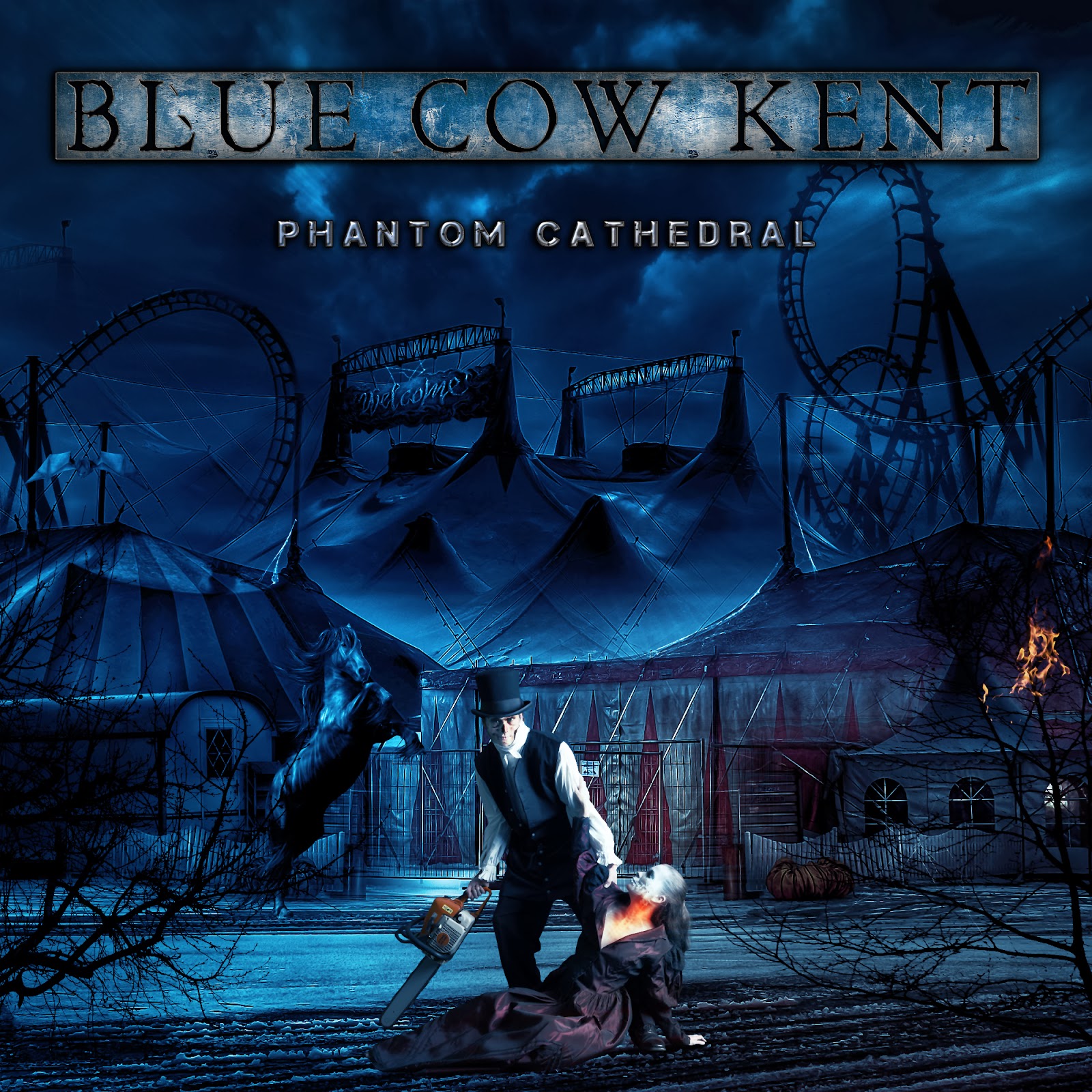 Phantom Cathedral is the upcoming concept album from the Swedish melodic rock band Blue Cow Kent, to be released in 2014.

The album tells the story about soldier Bynes Hunteera and the battle against his faithless alter ego Lucas Black, a dark childhood that keeps haunting him in the shape of circus director Uncle Ben.
The clown eraser is coming.
The first single Alias Lincoln Bravo was released in 2013, a song that can be described as an AOR-ish version of Saga. Now the band release their new song Thunder is coming from Phantom Cathedral,
as a free download at http://bluecowkent.bandcamp.com/

Thunder is coming is more of an epic hard rock song, -we salute 70´s hard rock songs like Stargazer by Rainbow and Sails of Charon by Scorpions, says lead singer Kaj Roth.
The new album is not only AOR, you´ll get your share of heavy rock and even some progressive stuff.
Upplagd av RothNRoll kl. 6:28 PM