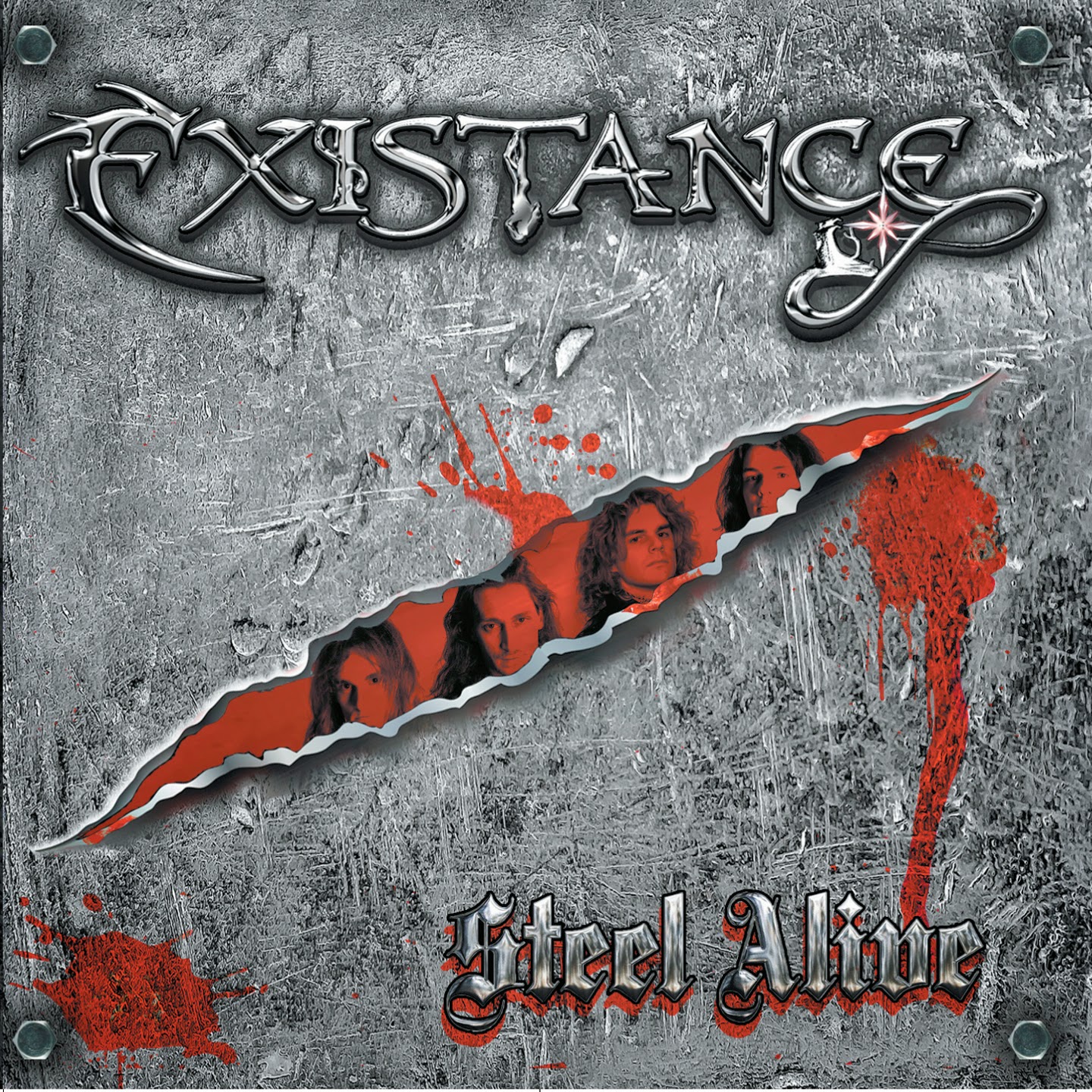 The French band Existance was formed in 2008 to keep the spirit of 80´s metal alive, they started playing heavy metal covers but wrote their own songs after a while.
Soon they had enough songs to record their debut album which resulted in "Steel alive", and I think they do it good. If you close your eyes, you will be taken back in a time machine to the Metal for muthas compilations from the early 80´s.
My thoughts go to bands like Quartz, Saxon and Picture when I hear Existance´s debut album. There´s no need to re-invent the wheel again if you keep it well oiled and with a regular maintenance.
That´s exactly what these French men have done, this heavy metal wheel sounds like it could be running for thousands of miles.
Good work lads.