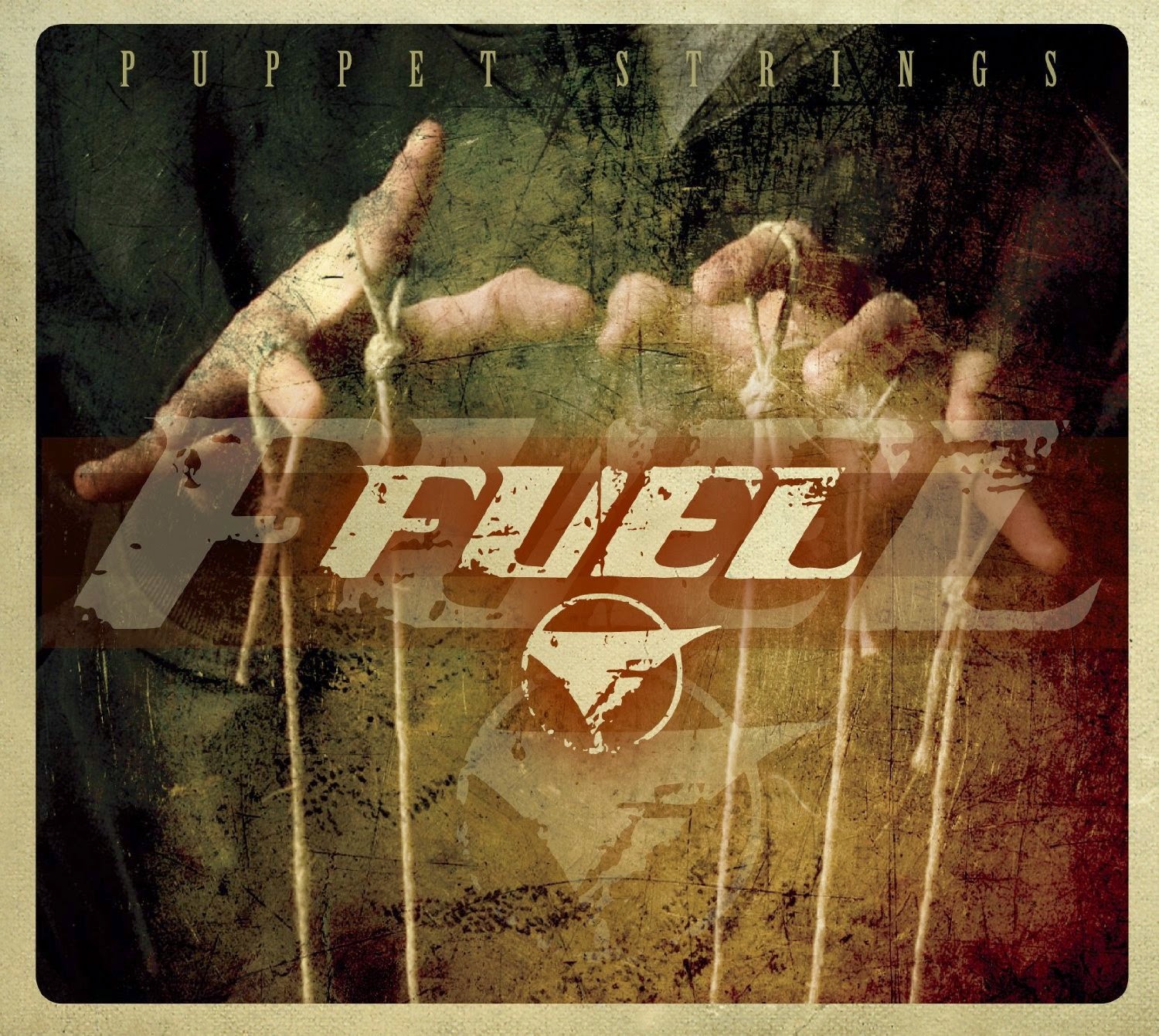 Fuel - Puppet strings (2014) Megaforce Records
Produced by Eddie Wohl
MODERN ROCK
Tracks : 1.Yeah 2.Soul to preach to 3.Hey, Mama 4.Time for me to stop 5.Wander 6.Cold summer 7.I can see the sun 8.Puppet strings 9.Headache 10.What we can never have
www.fuelrocks.com
3 out of 5

When singer Brett Scallions left Fuel in 2006, he was miserable and needed to get inspiration back for writing music which he did touring with Manzarek and Krieger of The Doors.
Scallions was replaced by Toryn Green (ex.Something To Burn) and Fuel with original members Carl Bell on guitar and Jeff Abercrombie recorded "Angels and devils" in 2007.
Scallions moved on and formed World Fire Brigade in 2009, together with guitarist Andy Anderson, bassist Brad Stewart (ex.Shinedown), keyboardist Eddie Wohl and guitarist Sean Danielsen.
Their debut album "Spreading my wings" was released in 2012 which leads us to Fuel´s 5th studio album "Puppet strings", the funny thing about this album and the previous "Angels and devils" is that both albums feature two different line up´s.
Carl Bell and Jeff Abercrombie left Fuel in 2010, so Scallions took over the name and brought over his friends in World Fire Brigade except Sean Danielsen.
I think "Puppet strings" is a solid album and it´s nice to have Scallions back behind the mic but he needs Carl Bell as much as Carl needed Scallions to make that classic Fuel sound.
Thumbs up for the Ace Frehley-like guitarsolo on "Yeah".
Highlights : Wander, Soul to preach to, Yeah
Upplagd av RothNRoll kl. 4:38 PM