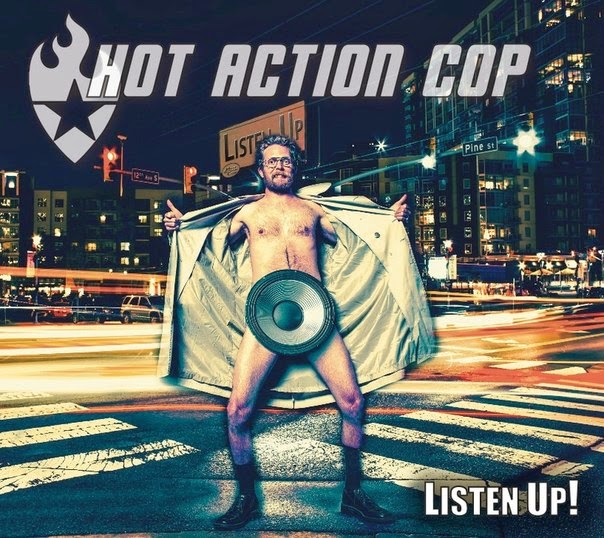 The artwork of Hot Action Cop´s new album "Listen up!" deserves an award by itself, so funny and awesome. Just amazing!
The music is just the same on their follow up to the 2003 debut, it´s been 11 years but this band still knows how to write feel-good pop/funk/rock.
I think Michael Jackson would want HAC as his backing band if he was still alive, the songs on "Listen up!" are all cousins to MJ songs like Dirty Diana, Beat it and They don´t really care about us.
The opener "House of pain" is the baby of Scissor Sisters and Dan Reed Network, oh yeah the groove is there baby.
Feelin down? Why not start the day with "Second hand cigarette", that song will make you wanna dance in no time. The song "Girl on the train" sounds like something Blessid Union of Souls could´ve recorded, me likey!
I welcome you back guys.
Upplagd av RothNRoll kl. 8:45 AM