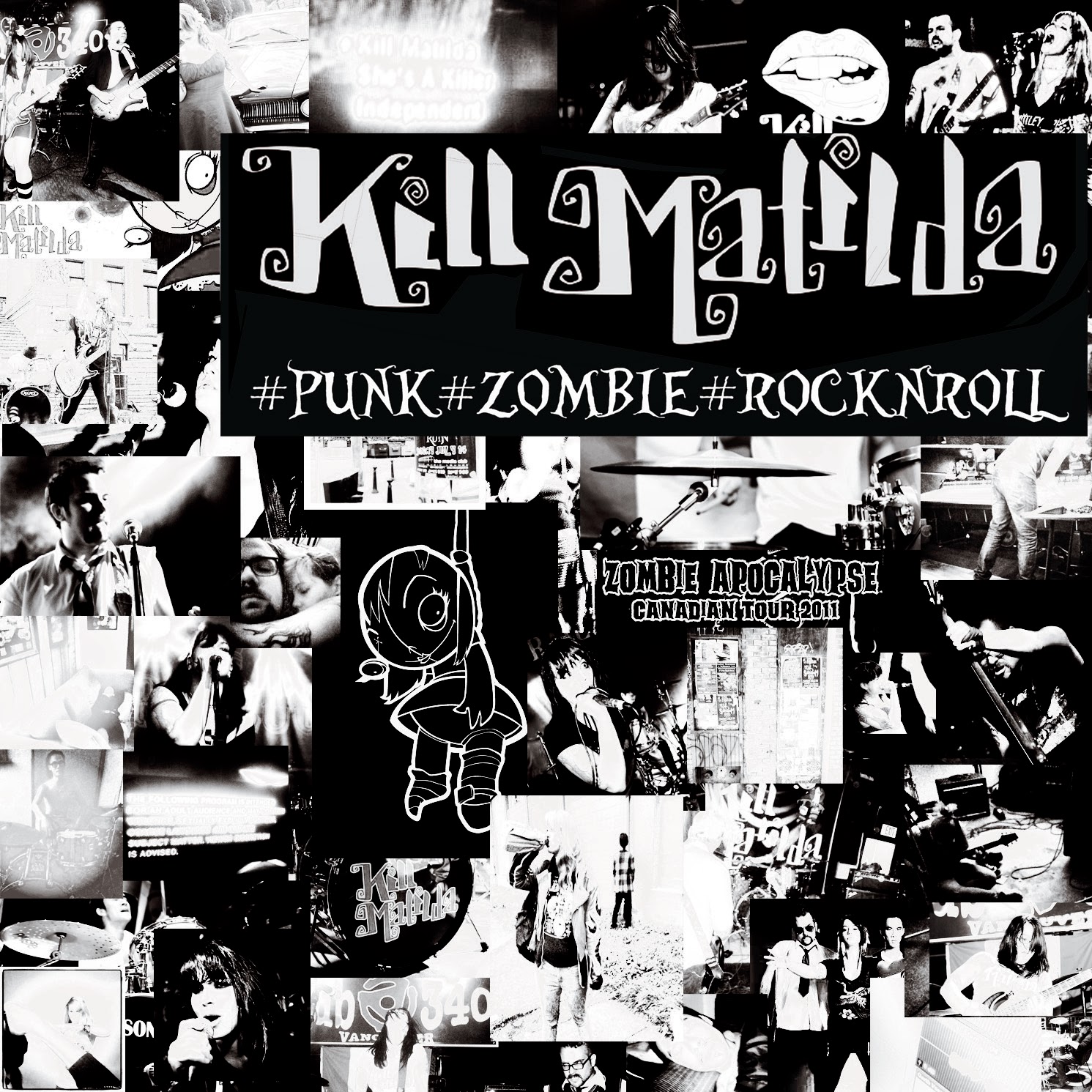 Kill Matilda are a Canadian punkrock trio, fronted by Dusty Exner on guitar/vocals. Their self titled debut album came out in 2009 and the follow up "I want revenge" was released in 2011, the band wanted to give 5 of the songs from the previous album a new chance so they are re-releasing them as the new "#Punk #Zombie #Rocknroll" EP.
This trio´s cockrock sound brought the attention of producer GGGarth Richardson who is working with the band on their upcoming 2014 EP, if you take a slice of The Plasmatics and another slice of Hole and then spice it up with British punkrockers TAT - you´ll get Kill Matilda.
I like their energy and do enjoy bits and pieces, we sure do need this in-your-face punkmusic but I would´ve liked to hear more songs in the same vein as "Law abiding citizen" and "PBJ".
They´re loud, I give them credit for that.