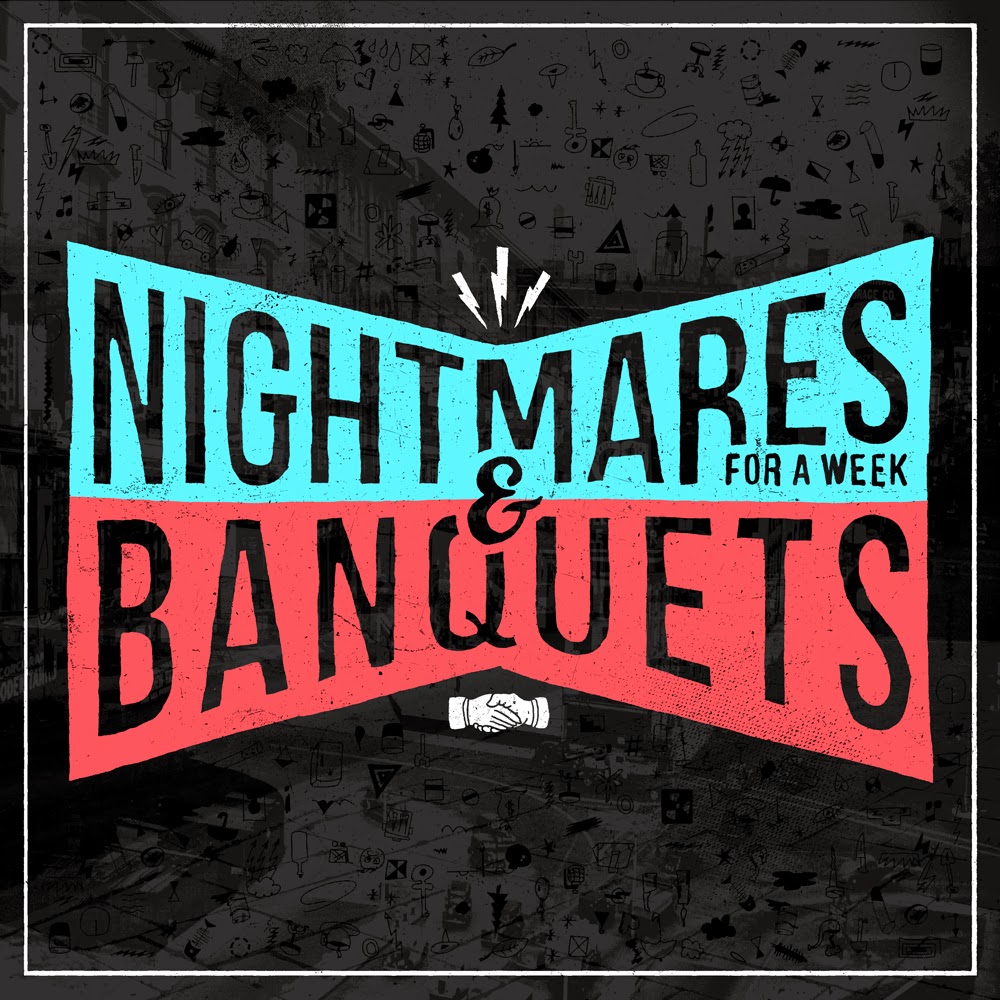 
The two bands Nightmares For A Week and Banquets became good friends while they were doing a string of shows together in 2013 and decided to do a split EP. Both bands released new LP´s in 2013, Banquets self titled album that I´ve done a review of which is a great album and Nightmares For A Week released "Civilian war".
But this split contains all new songs so there´s every reason to pay attention here.
Nightmares For A Week are a trio from Kingston, NY that plays 50% roots rock and 50% punk and I`m hooked from the first track "Canadian tuxedo".
My favorite tracks are "Up to the mountain heights" and "Bleached blonde", highly recommendable if you like Deaf Havana and early Goo Goo Dolls.
Banquets recorded several extra songs for their self titled album last year and they are now released here, but if you for one minute think these are leftovers, think again. There are no weak or mediocre tracks in sight. The song "Come home ragged" is stadium punk for the masses while "Moped of the year" will make any crowd singalong.
I only got one complain, why is "The engineeer" only 1,50 long? When I wanted to hear more, the song ended to my frustration.
Upplagd av RothNRoll kl. 10:36 AM