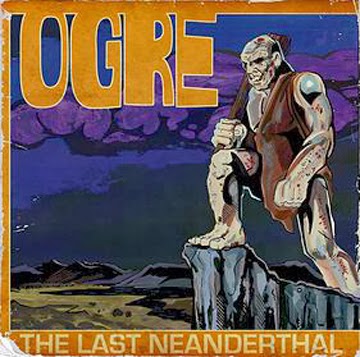 Portland´s heavy metal doom rockers Ogre formed in 1999 and released their debut "Dawn of the proto-man" in 2003, a decade later we find the band still active with their 4th album "The last neanderthal" out in March this year.
Ogre are Ed Cunningham - Vocals/Bass, Ross Markonish - Guitar and Will Broadbent - Drums.
You could say they are right on spot with a production that takes you back to 1973 when their heroes Budgie released "Never turn your back on a friend" and Black Sabbath gave us the masterpiece "Sabbath bloody sabbath".
Add a portion of 80´s doom metal band Trouble into it and you´ll close to Ogre´s new album, so grow sideburns and put on your flares because you´re in for a treat with wah-wah pedals and tempo changes here.
I think it´s a decent album where several songs are around 7-8 minutes long but I wonder if it´s the ghost of Alex Harvey singing on "Soulless woman"? Ogre´s singer truly sounded like him for a moment.
The fuzz is on!
Upplagd av RothNRoll kl. 9:08 AM