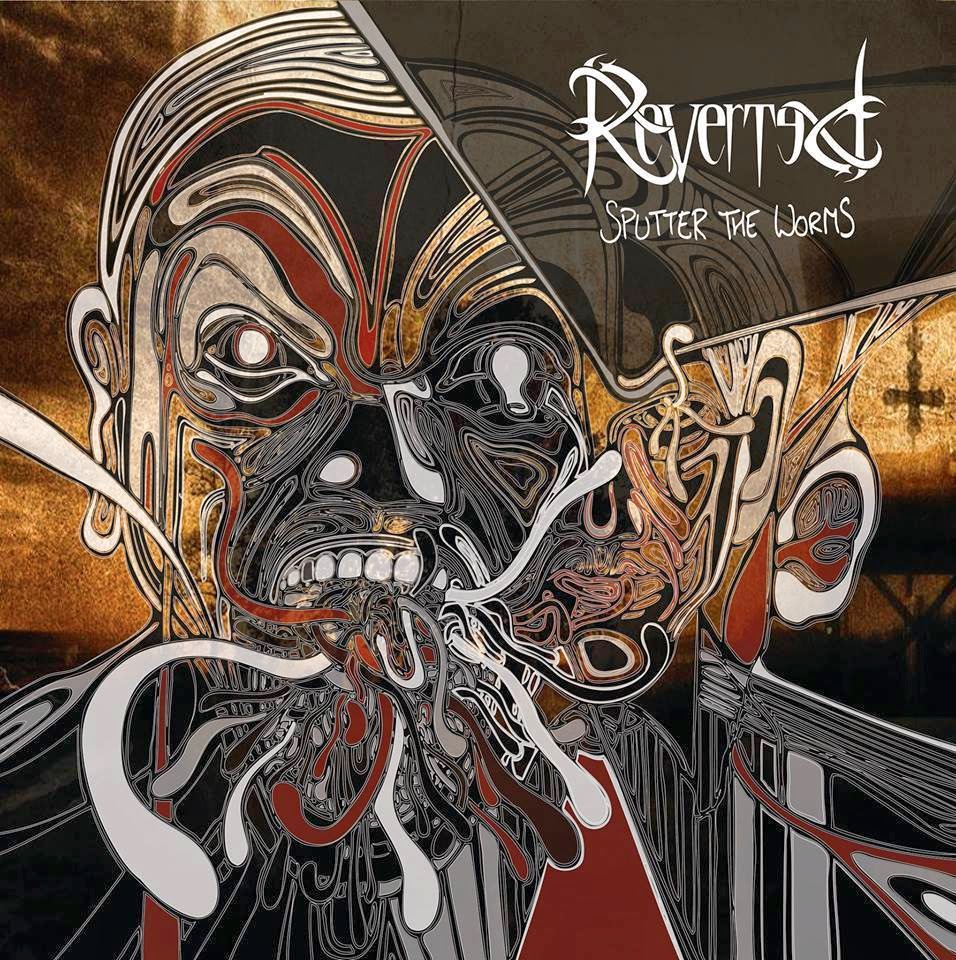 Reverted - Sputter the worms (2014) Spacelord Records
Produced by Reverted
METAL
Tracks : 1.Sputter the worms 2.Magledonia 3.Don´t try to steal me from the inside 4.Dispose of heartaches 5.Die my saint 6.Pulse 7.Tolerance 8.Stained soul 9.Insanity 10.Forsaken 11.Stars of guilt 12.Time 13.Bummer
www.facebook.com/revertedband
2 out of 5

I can imagine it´s easy to get inspired and start a band when you´re from Camden town in London with the awesome Camden market and concert venues like Roundhouse and Electric ballroom that often gets visits from international bands.
And so did 4 guys from Camden town back in 2010 and started Reverted, with influences from classic heavy metal, thrash and even numetal.
You can´t argue with their joy of playing, it sounds like they´re having a lot of fun. I´m just missing some memorable songs to sit back and enjoy listening to.
Their debut album "Sputter the worms" also lack of power in the drumsound but I like the clear and groovy bass, two songs that actually works are "Dispose of heartaches" and "Insanity".
If you think an underground metal version of Dianno meets Monster Magnet sounds like something cool, then "Sputter the worms" could be your cup of tea. It wasn´t my kind of thing.
Upplagd av RothNRoll kl. 9:11 AM