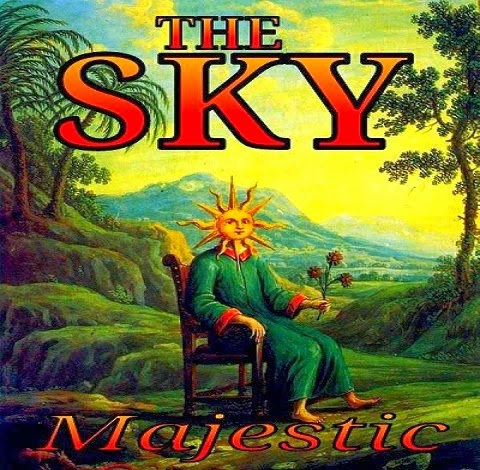 The Sky - Majestic (2014) Skyzilla Records
Produced by Robert Fleischman
MELODIC ROCK
Tracks : 1.Breath away 2.Pill 3.One day 4.I need it 5.Take away 6.In my head 7.Little by little 8.One more chance 9.So I´ll wait 10.Poison little fingers 11.Walls 12.Don´t know what I´d do 13.Sincerely me
www.theskyofficial.com
4 out of 5

Robert Fleischman´s voice age like wine, so many singers struggle hard to keep their voices in shape when they´re getting old but Robert sounds young and he´s singing in a higher pitch on "Majestic" compared to The Sky´s first album from 2011.
There´s a romantic atmosphere over the entire new album even though you´ll find a serious undertone in his lyrics, I do think The Sky´s 2nd album is stronger than their debut which was good too.
"Majestic" sounds more complete and rich, you can of course hear the obvious influences of John Lennon but there´s more added to this musical landscape like James Bond soundtrack vibes and even Jefferson Airplane´s 70´s era.
Robert also takes the listener back to the sound of his first solo album in the AOR-ish "So I´ll wait", songs like "In my head" and "Little by little" bring thoughts to Jeff Lynne while the folkrock-like "Don´t know what I´d do" could´ve been an unreleased song by America.
Fans of the first The Sky album will love tracks such as "Breath away", "Pill" and "One day", to me they´re new Robert Fleischman classics.
I´m amazed.