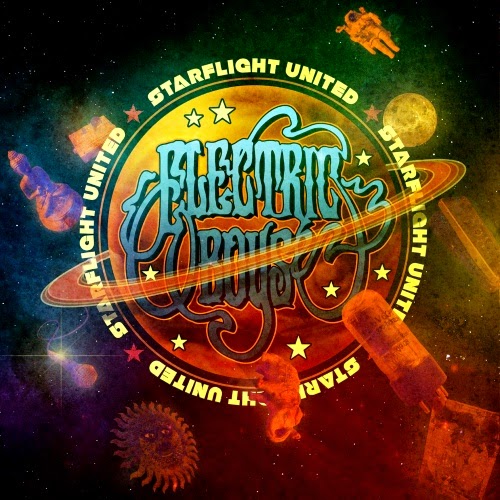 Electric Boys - Starflight United (2014) Ninetone Records
Produced by Patrik Frisk
CLASSIC ROCK
Tracks : 1.Spaced out 2.Desire 3.Tramp 4.Life is so electric 5.If only she was lonely 6.Ain´t no getting over you 7.Junk in the trunk 8.Gangin up 9.Lucy fur 10.BASF 11.Starflight united 12.High mountain street ´79
www.electricboys.com
2,5 out of 5

The comeback album "And them boys done swang" from 2011 with funkrockers Electric Boys marked a warm return for a band many fans have waited to see perform and record again.
The guys had so much fun they decided to make another album and here it is, "Starflight united" is more rocknroll than funk but the funk is there in tracks like "Junk in the trunk", "Starflight united" and "BASF". No it´s not about the audio cassette, the title is an acronym for born again super funky.
I felt more at home with their comeback album than this new one, it seems the band is in the mood to get that jam-vibe in some songs. "High mountain street ´79" is a perfect example of a jam song that might work live but not on a studio album.
The first single "Spaced out" is rather weak to be picked as the song that will make you want to hear more, I´m not at all excited over the opening track.
They´ve got more in common with Aerosmith (the 90´s era) in songs like "Desire", "If only she was lonely" and "Ain´t no getting over you". Those are also the highlights along with the groovy "Junk in the trunk".
A decent album that leaves you wanting more.