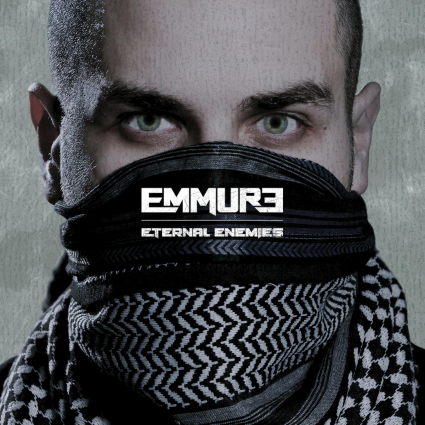 I was impressed by producer Joey Sturgis work on albums with Famous Last Words, Attila and Crown The Empire and he´s done it again on Emmure´s 7th studio album "Eternal enemies".
It´s not the first Emmure album he has produced, but it´s the first Emmure album I listen to. Sturgis has a great sense of building up a big and heavy sound at the same time which isn´t easy, especially the drums sound like they´re gonna explode in your face. This is dynamite metal and I´m very impressed by frontman Frankie Palmeri´s vocal change between rap, growl and screamo.
"Eternal enemies" takes the listener into the world of resonance and dissonance, the guitars scream like sirens in one second and in the next they sound like a killing machine.
The drumming from Mark Castillo (ex.Crossfade) is amazing, he´s got the talent of both keeping it heavy but with a groove which is quite difficult.
Highlights : Nemesis, A gift A curse, E
Upplagd av RothNRoll kl. 8:13 AM