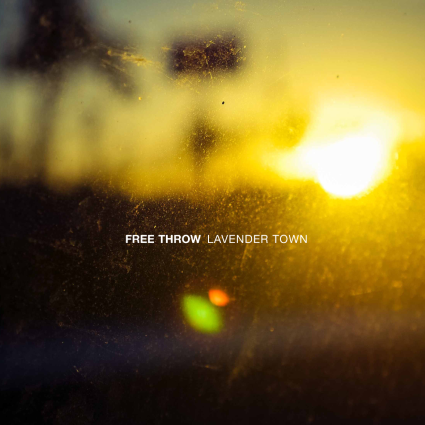 Maybe I´m no friend of all releases from the label Count Your Lucky Stars but I have enjoyed albums from bands like Rika and Certain People I Know, they mostly focus on emo and indie rock music so it´s no surprise the Nashville based Free Throw deliver indie rock flavored emo on their new 4 track EP "Lavender town".
This band debuted with a self titled EP in 2012 and will release their first full length album after the summer this year, among their influences we find Taking Back Sunday and The Get Up Kids but soundwise they sound more like a mix between Ghost Thrower and The Jealous Sound.
The last two tracks "Lavender town" and "Pennsylvania Dutch" are quite good but I don´t fancy the first two at all, what strikes me is that not many bands play this kind of music any longer so it´s a good thing there are record labels like Tiny Engines, Topshelf and Count Your Lucky Stars that still sign bands like Free Throw.
Upplagd av RothNRoll kl. 8:35 AM