I Declare War - We are violent people by nature 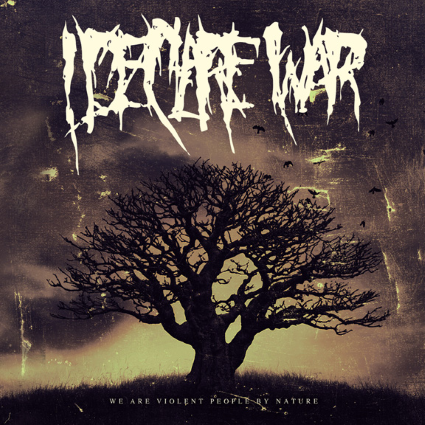 Seattle is the hometown for I Declare War but they have zero, I say, 0 in common with grunge. We´re talking brutal deathmetal here, or deathcore as the band call their music.
"We are violent people by nature" is the 3rd album from this quintet where their lyrics are about all the things that are corrupt in the world today, goverment, religion and the self-inflicted downfall of humanity -says the band.
I Declare War will eat Venom for breakfast with their furious and technical metal, the album title We are violent people by nature gives you something to think about. Just look at all the wars both historically and present times.
This album sounds like lullabies for werewolves, vampires and monsters in general. It might not be the typical album I usually put on everyday but I kinda enjoyed this killing machine and a dark hole to crawl into is something many politicians should do.
For fans of Idols For Dinner, In Dying Arms, Sworn In
Upplagd av RothNRoll kl. 10:01 AM