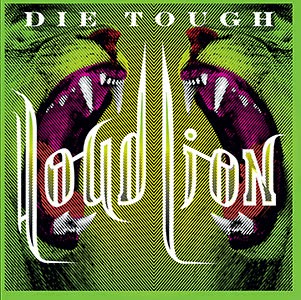 Back in 2007, I heard the first song from Bleu´s awesome homage to Mutt Lange and Def Leppard from The Hills Have Eyes 2 Soundtrack. And soon, other songs would follow that all sounded like they could´ve been featured on Hysteria. But we all waited for the album to be released and it should take another 7 years before Andrew McNeice at MelodicRock finally took them under his wings.
The debut album "Die tough" feature all the songs you might have heard before like "Dawn of the dead", "Love will break your heart", "The hills have eyes" and "Die tuff". But also a few unreleased gems that will put any Def Leppard fan in seventh heaven.
What comes as a surprise though is that the lead singer Robbie Royce in the videos was only an actor and instead, all the lead vocal parts on the album are handled by Taylor Locke (Rooney).
Credits include : Bleu - Keyboards/Vocals/Guitars, Taylor Locke - Lead Vocals, John Fields - Bass, Dylan Halacy (Bang Camaro) - Drums, Adam Ross (Rihanna) - Guitars, Allison Robertson (The Donnas) - Guitars, MacLaine Diemer (Bang Camaro) - Keyboards/Guitars.
What can I say? If they wanted, Loud Lion could be the best Def Leppard cover band in the world.
Upplagd av RothNRoll kl. 9:21 AM