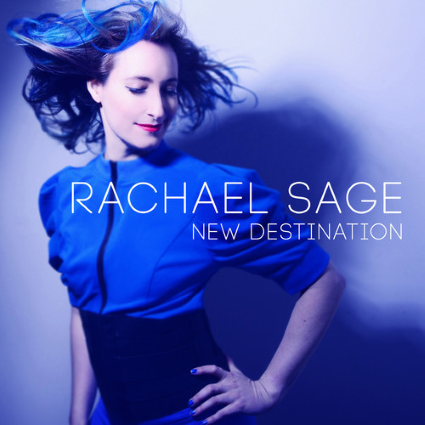 Rachael Sage is inspired by her hometown New York City when she writes music, the trains, the people on them and their stories. Since her debut album "Morbid romantic" in 1995, Rachael now deliver her 11th release "New destination" including 4 new tracks. The lead song "New destination" is the highlight here that can be described as Charlotte Martin meets Vanessa Carlton, the other 3 songs are more laid back but there´s a nice vibe going through the entire EP. We´re dealing with piano oriented pop here where the ballad "Not leaving you" is the 2nd best song on the EP.
Her voice is reminiscent of Carly Simon in a song like "Wax", so tender and almost like velvet to your skin.