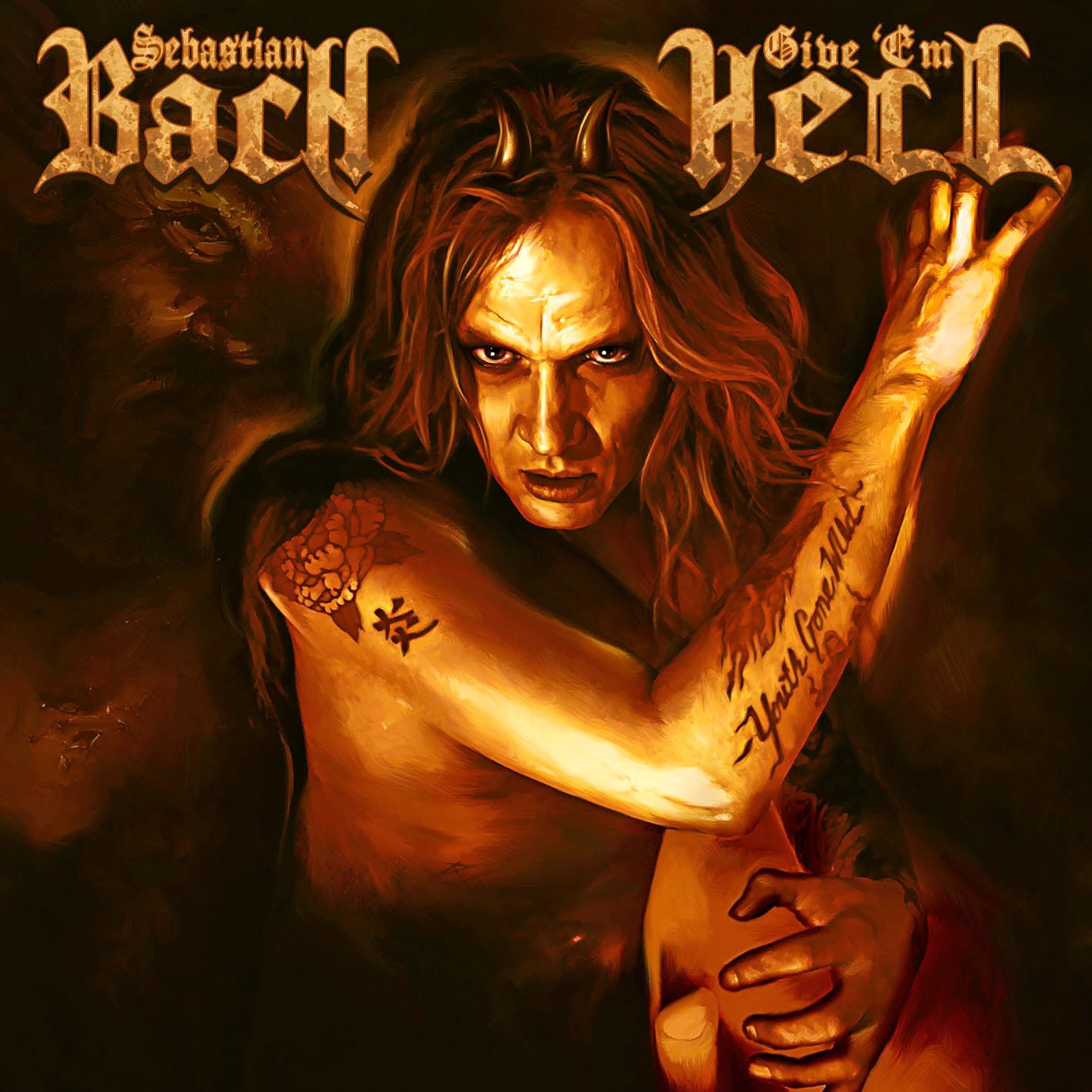 Sebastian Bach - Give ´em hell (2014) Frontiers Records
Produced by Bob Marlette
METAL
Tracks : 1.Hell inside my head 2.Harmony 3.All my friends are dead 4.Temptation 5.Push away 6.Dominator 7.Had enough 8.Gun to a knife fight 9.Rocknroll is a vicious game 10.Taking back tomorrow 11.Disengaged 12.Forget you
http://sebastianbach.com/
3,5 out of 5

Sebastian Bach teamed up with Bob Marlette again for Bach´s 3rd studio album "Give ´em hell", perhaps his heaviest album so far too.
Bach likes to change line up´s on his albums and the new album ain´t no exception, only drummer Bobby Jarzombek remains in the band.
This time around he´s joined by some rather famous guys like Duff McKagan - Bass (Guns´n´Roses), Steve Stevens - Guitars (Billy Idol) and John 5 - Guitars (Rob Zombie).
"Give ´em hell" shows Bach with a more modern metal oriented sound, a song like "Dominator" sounds more Disturbed than Skid Row for example. Heavy tracks such as "Forget you" and "Hell inside my head" bring thoughts to Alice Cooper´s "Brutal planet", but fans of Skid Row´s melodic hard rock will be pleased to hear "Had enough" and "Rocknroll is a vicious game". A blast of the past so to speak.
Once again a strong album from Mr.Bach but I think "Kicking and Screaming" is better.
Highlights : All my friends are dead, Push away, Forget you
Upplagd av RothNRoll kl. 7:37 AM