The Grand - The Rebel Son 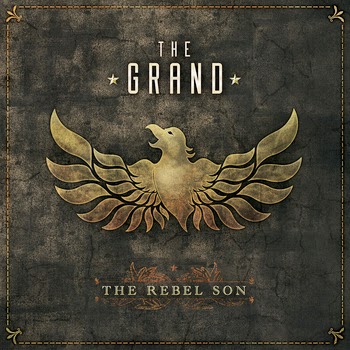 The Grand - The Rebel Son (2014) Independent
Produced by The Grand / Jeff Johnson / Jordan Oorebeek
MODERN ROCK
Tracks : 1.Boondock crew 2.Rebel son 3.Back roads 4.Me or the bottle 5.Raise your glass 6.Quicksand
www.facebook.com/TheGrandrock
3 out of 5

The Canadan band The Grand formed in 2011 with Dallas Norrie - Lead Vocals, Ryan Stead - Guitars (formerly of The Latency), Neil Beaton - Drums (formerly of The Veer Union), James Hrankowski - Bass and Anthony Fiddler - Guitars (his older brother James played in The Veer Union together with drummer Neil).
The Grand is not to be confused with The Grand from Norway who released an album in 2007, if you find more music on iTunes. The sound on the debut "The Rebel Son" EP can be described as a blend of modern rock, postgrunge and southern rock with radio friendly choruses.
They might not have the most unique sound around but I like the groove in these songs, they tend to bit too poppy at times and I prefer the more rocking side.
I´m afraid the music shouts out American Idol more than a bar in Texas on songs like "Quicksand" and "Me or the bottle", I prefer the southern flavor of "Boondock crew" and "Raise your glass".
For fans of Bo Bice, Daughtry, Neely
Upplagd av RothNRoll kl. 8:36 AM