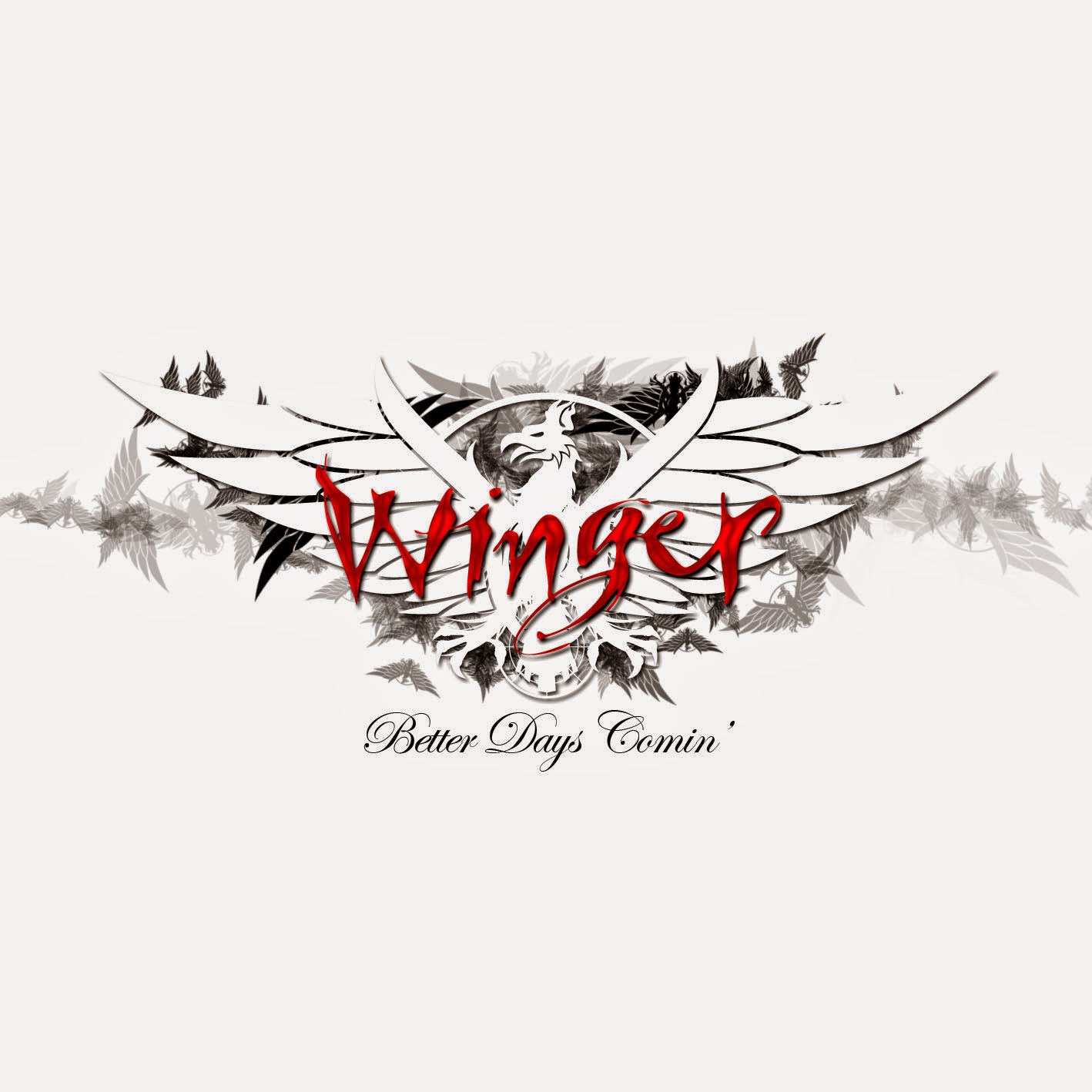 Winger - Better days comin´ (2014) Frontiers Records
Produced by Kip Winger
HARD ROCK
Tracks : 1.Midnight driver of a love machine 2.Queen Babylon 3.Rat race 4.Better days comin´ 5.Tin soldier 6.Ever wonder 7.So long China 8.Storm in me 9.Be who you are now 10.Out of this world
www.wingertheband.com
5 out of 5

Since their previous album "Karma" from 2009, Kip Winger has focused on working on classical music for varied pieces such as the critically acclaimed San Fransisco Ballet and solo tours.
While Reb Beach recorded and toured with Whitesnake and John Roth joined both Giant and Starship, but last year it was time to call in the troops for the 25th anniversary of their first album with special guest Paul Taylor on stage, a DVD will be released from the show.
Paul is not involved in the new album though, "Better days comin´" feature the same line up as "IV" (2006) and "Karma" (2009) and soundwise it feels like a perfect combination of their early era and the more modern Winger-ish sound.
The band has already released 3 videos from the album with all 3 songs being killers, "Rat race" is first class hard rock in the same vein as their first albums and "Midnight driver of a love machine" bring thoughts to "Karma" with a contemporary approach.
"Tin soldier" is stunning, a true masterpiece that will make you smile if you´re a fan of their progressive work like "Rainbow in the rose" and "Headed for a heartbreak".
The most beautiful "Ever wonder" sounds like something Kip could´ve released on his solo albums, I love it!
The title track "Better days comin´" is the most odd song of the album, not at all a typical Winger song with slap bass and a very different chorus but I welcome this positive song as something fresh and new from a band that doesn´t wanna make the same album over and over again.
If you love their more heavy "Pull" album style, you´re gonna die to hear "Storm in me". Just crank it up!
I think it´s time to name a planet after this band, they´re worth it.
Upplagd av RothNRoll kl. 9:28 AM