Game Over - Burst into the quiet 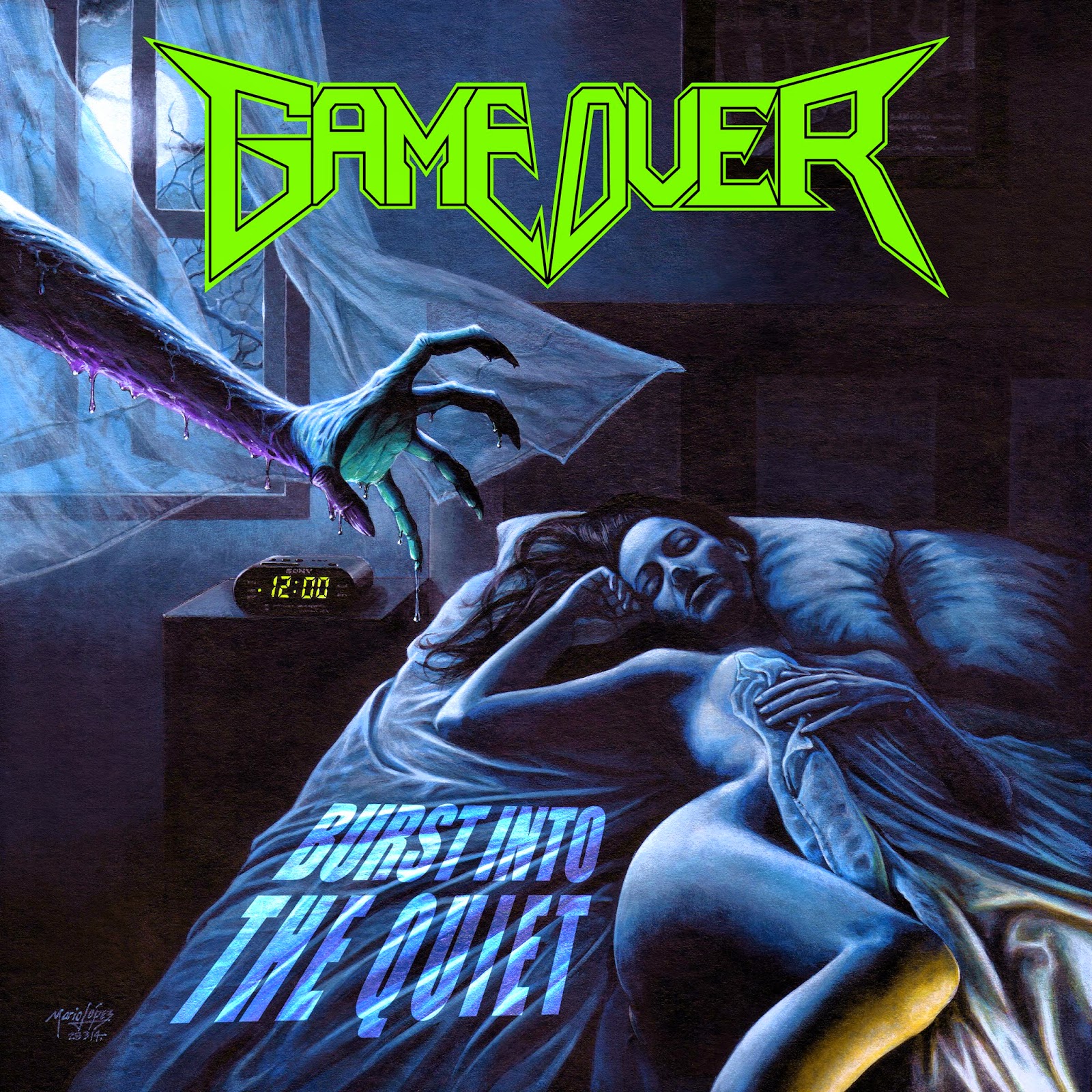 Game Over - Burst into the quiet (2014) Scarlet Records
Produced by Simone Mularoni
HEAVY METAL
Tracks : 1.Masters of control 2.Seven doors to hell 3.The eyes of the mad gardner 4.C.H.U.C.K 5.No more 6.Metropolis Part 3 7.Trapped inside your mind 8.Nuke ´em high 9.Burst into the quiet
www.facebook.com/GameOverThrashMetal
2,5 out of 5

When you see the artwork of Italian metal band Game Over´s new album "Burst into the quiet", you start to think if it´s a reissue of an 80´s album. This is how heavy metal albums looked like back in the 80´s, and Game Over sounds just like the Bay Area thrash metal scene with bands like Metallica, Exodus and Testament.
"Burst into the quiet" isn´t their debut album, Game Over released their first album "For humanity" in 2012 and now follow up with their 2nd release that will quench your thirst if you´re a die hard fan of thrash metal.
This is a decent piece of work, well performed and with a great production from Simone Mularoni.
I just don´t get that excited over these average songs, but I guess they´ll do just fine as a support act to let say, Megadeth.
"Metropolis Part 3" must be the shortest heavy metal song I´ve heard, it´s only 27 seconds long.
Upplagd av RothNRoll kl. 8:32 AM