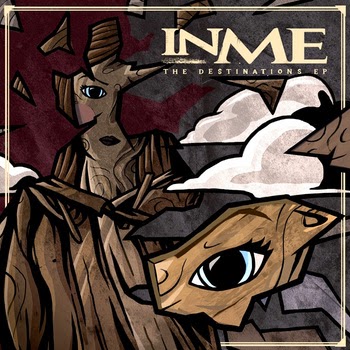 There are some bands that you can´t put into a certain genre which is ok, the British 4 piece InMe most often surprise me with every new release because there are no limits for Dave McPherson and Co.
You can expect anything from grunge to melodic hard rock and progressive rock to modern rock on their 5 studio albums, their new 4 track "The Destinations" EP ain´t no different.
They have announced that the band is working on a triple album for a release in 2015 so while waiting for that highly anticipated release, this EP will do just fine.
The songs aren´t as guitar dominated as their previous albums but still rocking enough to please InMe fans, I think the opener "Pelorus Jack" reminds a bit of the progressive rock band 3.
My favorite however is the more suggestive "Anthemusa" that sounds like an unreleased song by Blue October, very nice.
Bring on the triple album now guys.
Upplagd av RothNRoll kl. 7:48 PM