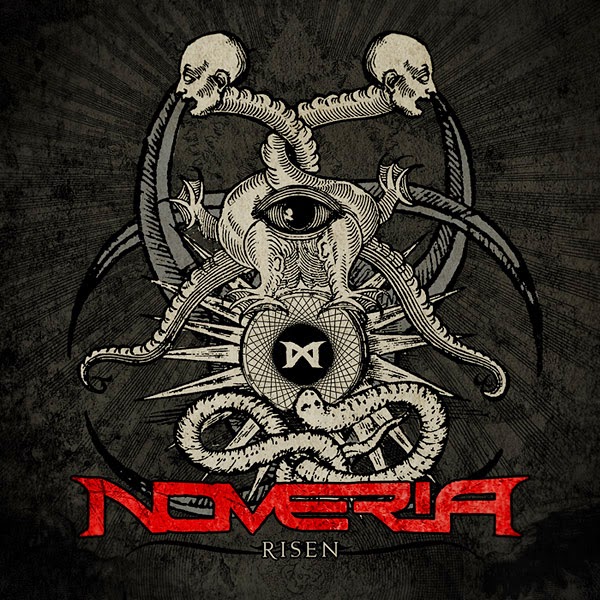 Noveria - Risen (2014)
"Risen" is the debut album from Italian progmetallers Noveria, featuring Emanuele Casali - Keyboards (DGM, Astra), Frank Corigliano - Vocals, Andrea Arcangeli - Bass (DGM, Solisia), Fransesco Mattei - Guitar and Omar Campitelli - Drums.
This is an album for fans of progressive modern metal, that goes hand in hand with the powermetal genre. Not that far soundwise from bands like A Hero For The World, Holy Knights and Human Cometh.
The majority of the tracks are fast but still performed with variety, it sounds like Noveria has taken their influences from the Finnish powermetal scene as well as technical progmetal a la Dream Theater.
We get a competent album that rather stick to the fast lane on the progmetal highway than slowing down to catch a glimpse of the view, well here´s your soundtrack for Autobahn.
www.facebook.com/noveriametal
3 out of 5 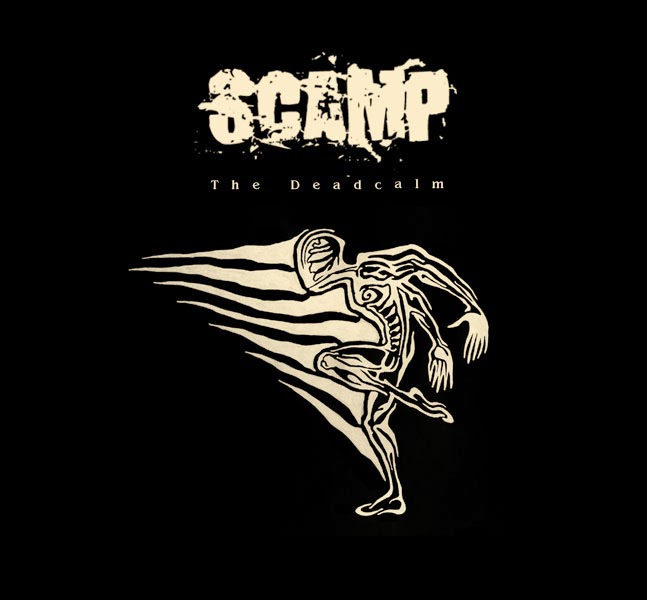 Scamp - The Deadcalm (2014)
Danish metallers Scamp´s debut album "Mirror faced mentality" (2008) won the Debut album of the year at the Danish metal music awards, and now they´re back to break the deadcalm with their 2nd album that is produced by Tue Madsen.
The new album feature their new frontman Michael Bogballe (formely of Mnemic), which is appropriate since Scamp´s modern metal goes in the same vein as Mnemic and Raunchy.
The sound is big and heavy, quite suitable for this type of metal.
The track "Organism" feels like a thousand ton tanker coming your way, when I think about it, there are moments that bring thoughts to metalcore bands like In Dying Arms and A Bullet For Pretty Boy.
Great album!
https://www.facebook.com/pages/Scamp/19511701031
3,5 out of 5 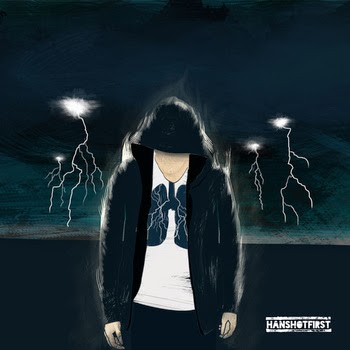 HanShotFirst - HanShotFirst (2014)
The U.K based rock band HanShotFirst deliver a mix of pop punk, rock and post hardcore and the result on their self titled EP is quite pleasing.
I like their sense of humour in the first single "We should have killed Quaid on Mars" which by the way, is a great hardcore song. The new single "2001" is the winner here and without doubt the best track of all 5.
They will truly win over plenty of new fans with this catchy rocker, another good song worth pointing out is the melodic "Fire in the fall". That chorus grows for each time I hear it.
For fans of A Static Lullaby, Story of the year, The Blackout
www.facebook.com/HanshotfirstUK
3 out of 5