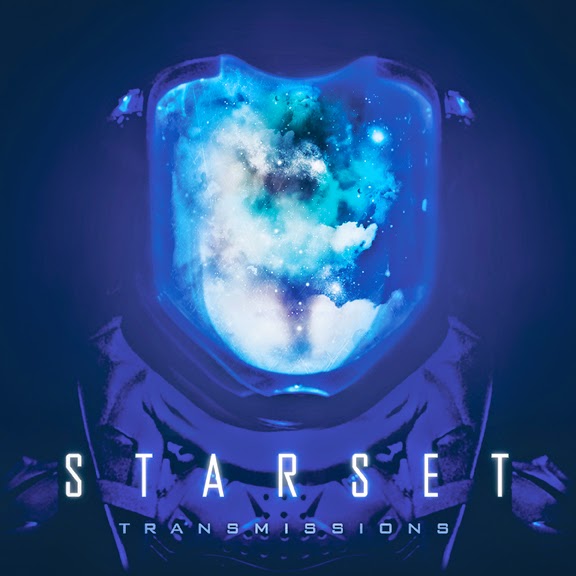 Starset - Transmissions (2014) Razor and Tie Records
Produced by Rob Graves
MODERN ROCK / SYMPHONIC
Tracks : 1.First light 2.Down with the fallen 3.Halo 4.Carnivore 5.Telescope 6.It has begun 7.My demons 8.Antigravity 9.Dark on me 10.Let it die 11.The future is now 12.Point of no return 13.Rise and fall 14.Let it die (remix)
www.facebook.com/starsetonline
4,5 out of 5

Starset is a rock band from Ohio, formed by Dustin Bates (formerly the lead singer of Downplay).
In 2013, Dustin was contacted by an organization called The Starset Society and was asked if he was interested in forming a band to promote the organization´s message.
The message is warning that involves a scientific discovery that is controlled and manipulated by an elite few, "Transmissions" begs more questions than it actually answers.
Behind this cinematic rock album are also the renowned Rob Graves (Red) - production and Ben Grosse (Fuel) - the mix. This team has created an epic journey of modern sci-fi rock that goes in the same vein as Thirty Seconds To Mars, Les Friction and Red.
Starset is like the Transformers of rock, an unstoppable force that is totally irresistable. With amazing songs like "Halo", "Carnivore", "My demons" and "Telescope" - there´s only one thing to do, roll out the red carpet to stardom.
Transmissions received.
Upplagd av RothNRoll kl. 8:29 AM