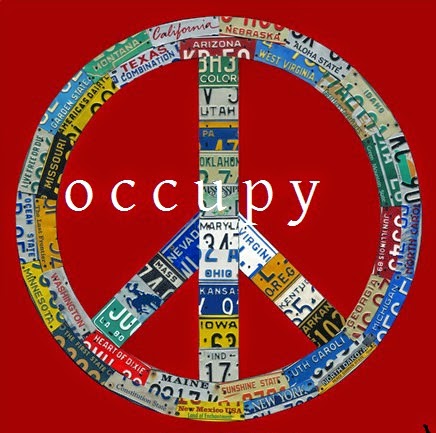 Any fan of artrock, fusion or progressive rock will have their wetdreams come true with the self titled debut album OCCUPY from the dream line up of these virtuosos.
Think Queen´s II meets Colosseum II and with traces of Rocky IV soundtrack, you´re gonna get the musical ride from Mercury, DiCola, Moore, Clarke and Bozzio.
Several tracks are longer than 10 minutes with amazing instrumentation and operatic vocals, there are a few instrumental songs but the lyrics for the vocal based tracks are entirely written by Mercury.
The writers behind the music are split between DiCola and Moore, leaving the production in the hands of Mercury.
The critics will probably hate this album more than anything else but the rest will have the time of their lives. Just make sure you put your guitar back in the case, you may hurt yourself if you try to play along.
Album title - Occupy
Lead Vocals - Freddie Mercury (Queen)
Keyboards - Vince DiCola (Thread)
Guitar - Gary Moore
Bass - Stanley Clarke
Drums - Terry Bozzio
Tracklisting : 1.The world won´t be the same 2.Alone in the park 3.Trespassers die 4.Duty calls 5.Set your spirit free 6.Mr.Capsule
Upplagd av RothNRoll kl. 2:39 PM