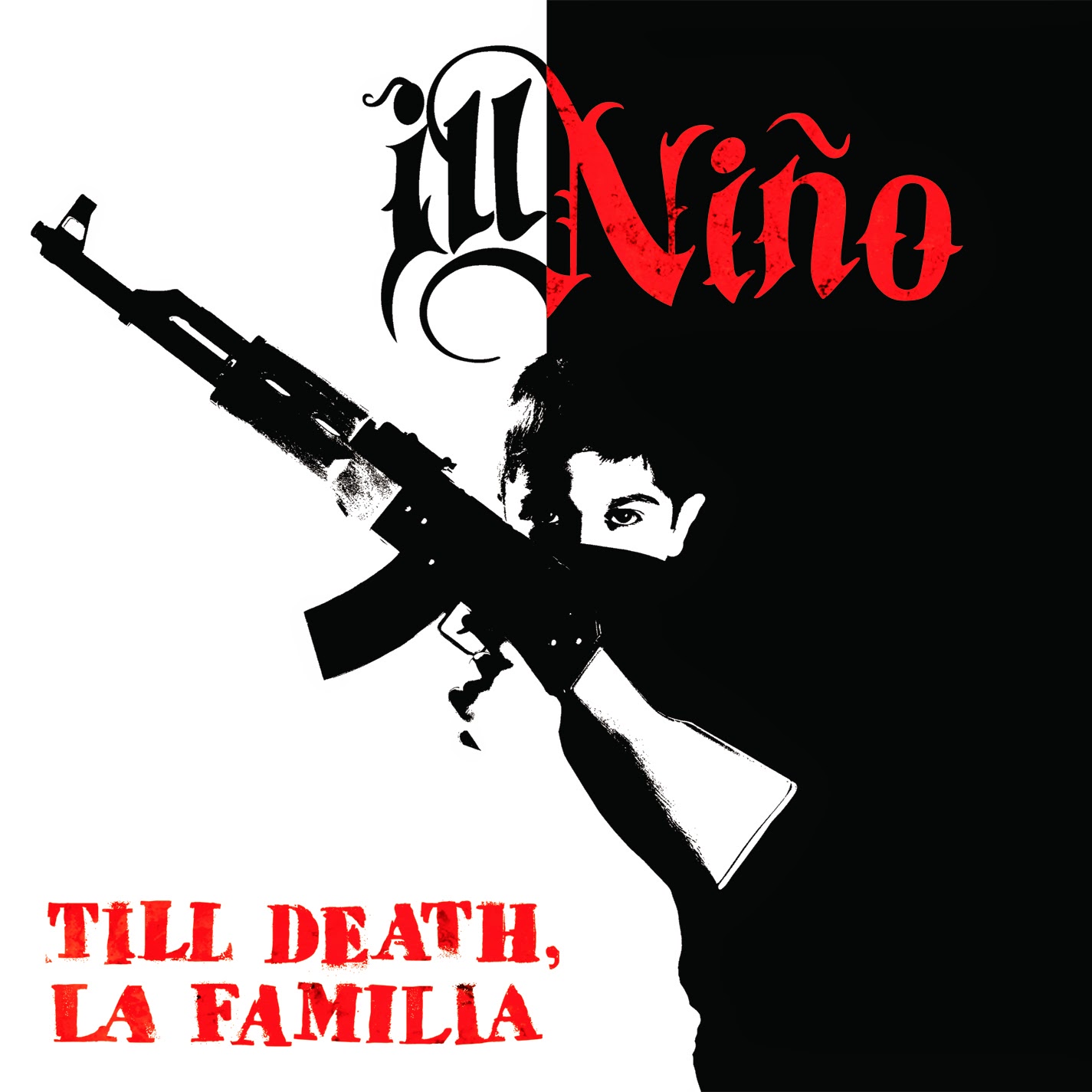 Ill Nino - Till Death, La Familia (2014) Victory Records
Produced by Eddie Wohl / Ill Nino
ROCK / METAL
Tracks : 1.Live like there´s no tomorrow 2.Not alive in my nightmare 3.I´m not the enemy 4.Blood is thicker than water 5.Are we so innocent 6.Pray I don´t find you 7.World so cold 8.Dead friends 9.Breaking the rules 10.Payaso 11.My bullet
www.facebook.com/Officialillnino
3,5 out of 5

Percussion is such an important part of Ill Nino´s sound, I haven´t thought about it that much before but that instrument gives the groove a further push in their latin-infused metal.
On Ill Nino´s 7th studio album, the band present their new percussionist Oscar Santiago who replaced long time member Daniel Couto.
I can´t say I´ve been that impressed by this band´s latest releases but "Till Death, La Familia" is their strongest album since "Confession" from 2003.
The first single "Live like there´s no tomorrow" grows for each time I hear it, they really nailed it this time with this explosive but melodic single.
But there are other songs that will make it on my fave playlist with Ill Nino such as "Blood is thicker than water", "Are we so innocent" and "My bullet".
Bravo!
Upplagd av RothNRoll kl. 6:42 AM